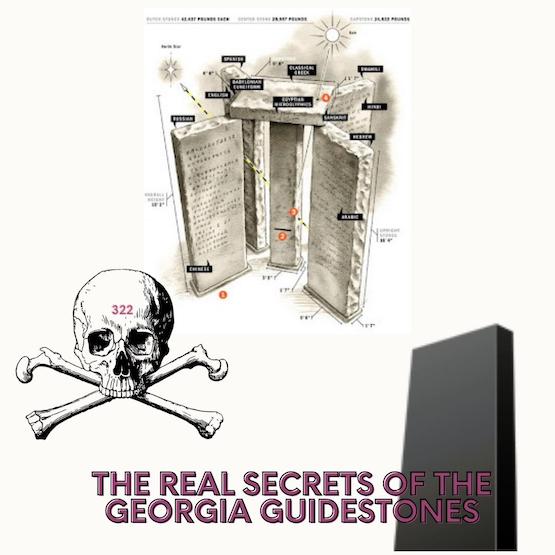 The Georgia Guidestones is a granite monument in Elbert County, Georgia, USA. A message clearly conveying a set of ten guidelines is inscribed on the structure in eight modern languages, and a shorter message is inscribed at the top of the structure in four ancient languages’ scripts: Babylonian, Classical Greek, Sanskrit, and Egyptian hieroglyphs.

The structure is sometimes referred to as an “American Stonehenge.”

The monument is 19 feet 3 inches (5.87 m) tall, made from six granite
slabs weighing 237,746 pounds (107,840 kg) in all. One slab stands in the center, with four arranged around it. A capstone lies on top of the five slabs, which are astronomically aligned. An additional stone tablet, which is set in the ground a short distance to the west of the structure, provides some notes on the history and purpose of the Guidestones.

Made of Pyramid blue granite, the Georgia Guidestones are meant to withstand the test of time and to communicate knowledge on several levels: philosophically, politically, astronomically, etc. It consists of four major stone blocks, which contain ten guides for living in eight languages: English, Spanish, Swahili, Hindi, Hebrew, Arabic, Chinese, and Russian. A shorter message is inscribed at the top of the structure in four ancient languages’ scripts: Babylonian, Classical Greek, Sanskrit, and Egyptian hieroglyphs. It is important to note that those last four ancient languages are of great importance in the teachings of occult mystery schools, such as the Freemasons and the Rosicrucians, organizations I will discuss later.

The four major stones are arranged in a giant “paddlewheel” configuration which is oriented to the limits of the migration of the sun during the course of the year and also shows the extreme positions of the rising and setting of the sun in its 18.6-year cycle. The center stone has two special features: first, the North Star is always visible through a special hole drilled from the South to the Northside of the center stone; second, another slot aligns with the positions of the rising sun at the time of the summer and winter solstices and at the equinox… 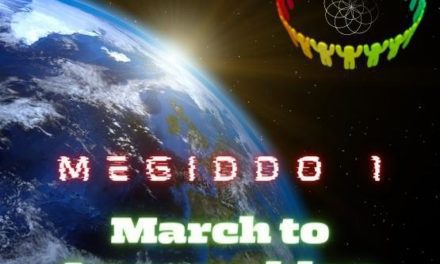 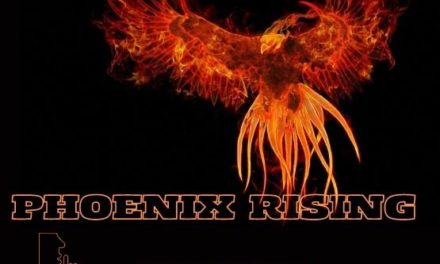 Phoenix Rising – Christ Consciousness and the Rise of the Antichrist 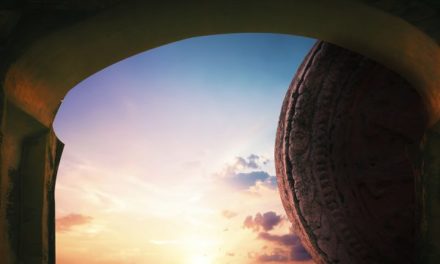 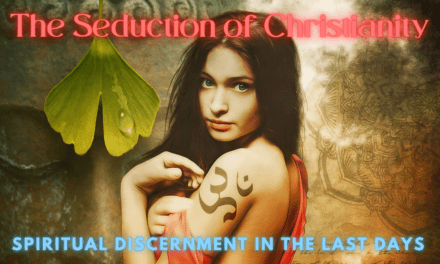