Right under my nose was a fascinating find—in a book in my office that I overlooked for years.

It almost went without notice, and then I flipped the page back and there it was! In today’s modern electronic age, where programs with searchable books and websites seem to be the primary means of locating something, you may just miss something.

That’s the lesson I learned in this instance anyway. I have many books and access to many more in our library, and from time to time I have to consult the hard copy. And right under my nose was a fascinating find—in a book in my office that I overlooked for years.

I opened my hard copy of John Calvin’s commentary on the book of Genesis to view his initial notes. As I flipped past the preface on my way to Genesis in this particular printing of the book, a facsimile of the original artwork for the translation of Calvin’s commentary of Genesis into English from Latin was included. This artwork was from AD 1578. 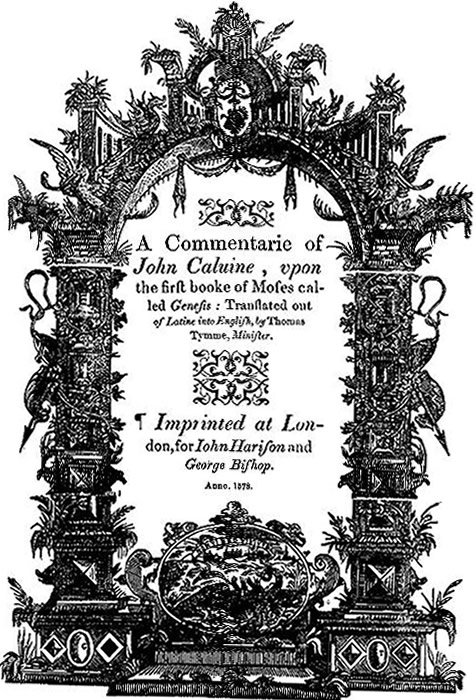 The artwork displayed a few creatures as well as vegetation, which is likely referring to God’s creation of such things in Genesis. There are two birds, similar to a pelican with slight artistic merit. They sit symmetrically near the top. There are also two heads of pig on both sides near the bottom. 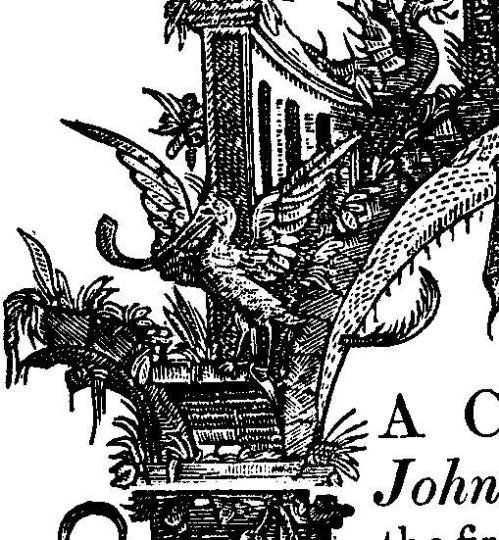 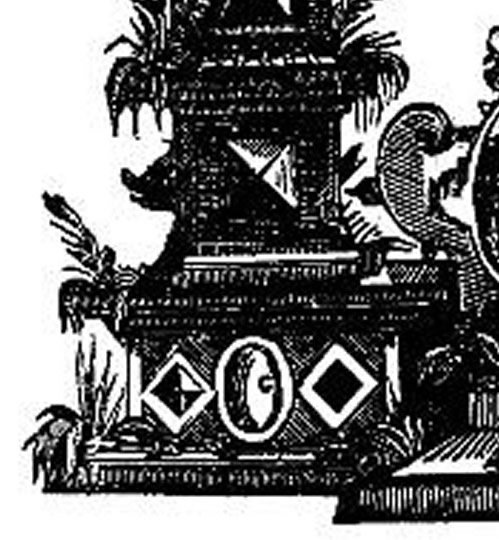 Among the other images of creatures and plants, the ones that caught my attention were along the top, just above the birds. There are two dragon-looking creatures symmetric. They have the appearance of a reptile and have a lizard-like tongue coming out, and yet the creatures have a form of wings. The two creatures are not identical. 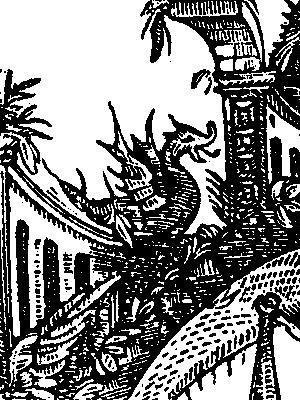 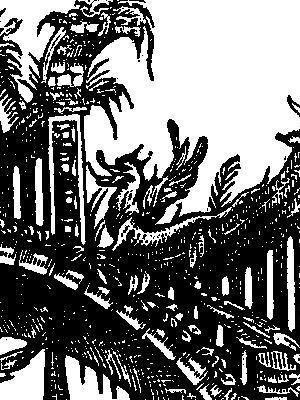 In both drawings, they appear to have long reptile-like tails, and yet one clearly has some form of forearms. This is likely some form of embellished flying dragon (or possibly sea dragon). I’m reminded of Isaiah 27:1 where it says: “In that day the Lord with his sore and great and strong sword shall punish leviathan the piercing serpent, even leviathan that crooked serpent; and he shall slay the dragon that is in the sea.” (KJV 1769)

As I scanned the picture further, I noticed what looked like a creature that appeared to be dead in bottom center of the drawing (since it was upside-down). Another creature looked as though it was about to feast on it. 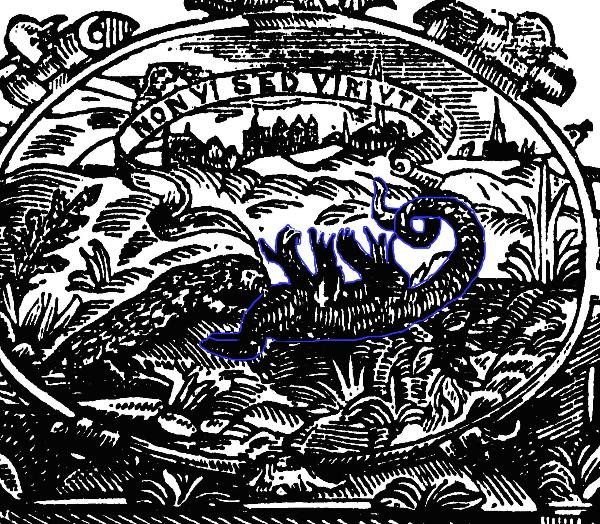 The unique feet and long serpent-like tail give reptile-like characteristics to this particular creature as well. Looking closely, the drawing resembles an ornithopod-type dinosaur. 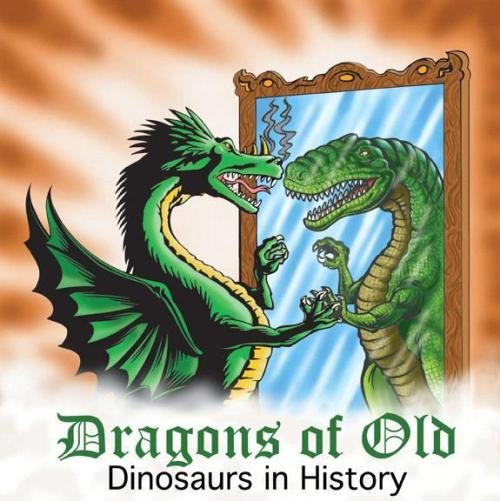 Many creationists believe that descriptions and images of dragons in history are remnants of encounters with real dinosaurs and sea monsters. The images in Calvin’s book may reflect such encounters.

These drawings are significant because this translation and its corresponding artwork were completed in 1578, long before the word dinosaur was even coined (1841 by Sir Richard Owen). This was also long before people began digging extensively into the ground and describing dinosaur fossils.

Such a finding continues to confirm what we infer from the Bible’s account of history: that man and dinosaurs didn’t live millions of years apart, but were alive at the same time. God created man and dinosaurs on the same day (Day 6, Genesis 1:24–31); dinosaurs were aboard the Ark with Noah (Genesis 6:19–20), lived after the Flood (Genesis 8:16–19), and are likely now extinct, like many other animals have become in this sin-cursed world. The extinction of dinosaurs and other creatures reminds us of the presence of death in the world: the result of our sin. We, too, will one day die and face the judgment of God on our sin. Before that time, we need to cry out in repentance and faith to the Savior Jesus Christ and receive His free gift of eternal salvation.

What Are the Laws of Thermodynamics, and How Do They Confirm Biblical Creation?