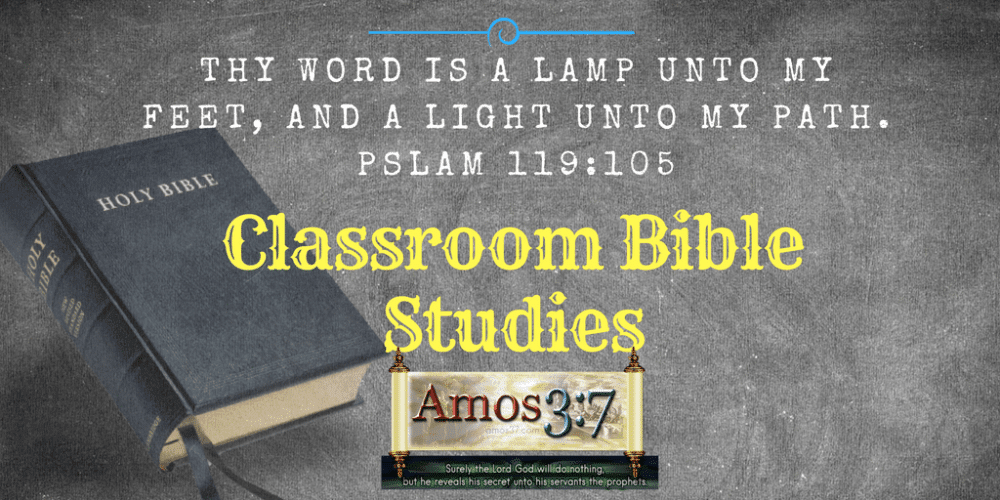 Is Jesus The Son of God Today?

Is Jesus Christ The Son of God Today? And God said unto Moses, I AM THAT I AM: and he said, Thus...

Tour of the Bible: Genesis to Revelation Video Series

Worlviews in CONflict Battle for The Minds

By Joshua Toupos Connect with Amos37 Collection of Articles by Keith Why Study Prophecy?  End Time...

This Bible Study Methods course is designed to provide a practical guide and exercises to enable...

THE BOOK OF DANIEL is quoted often in the New Testament Book of Revelation. In many ways, the two...

Letter to the Editor: Diana Butler Bass and Westmont College Steered Daughter Away From the Faith

Dear Lighthouse Trails: I thank you for the work you are doing for God’s kingdom. I enjoy your newsletters and have been taught many things to steer clear of because of your faithful and great teaching. Thank you from the bottom of my heart.  Our daughter, unfortunately, attended a Christian college in the mid 90s (Westmont College in Santa Barbara, California), and they steered her away from the faith. I still don’t understand exactly what they taught. But I do know that her mentor and one of her professors (a Ms. Diana Butler—you’ve probably heard if her) really did a number on her. Anyway, I digress and just wanted to not only ask for the information in the book, A Time of Departing, but also to say thank you. May I ask that you and your team please pray for our daughter’s salvation.  We want so desperately for her to seek the Lord. She isn’t receptive to our views at all. We’re praying for a miracle.  C.H. LT Editors Comments: Tragically, this is a story we have heard countless times over the past 20 years—how a young person raised in a Christian home, goes off to a “Christian” college and ends up walking away from his or her childhood faith while in college. And we are very familiar with both Westmont College and Diana Butler (Bass). Lighthouse Trails has referred to Butler Bass a number of times in articles, but our article, “New Spirituality Teacher Says ‘The Jig is Up’ to Those Who Believe in ‘the Blood of the Lamb,'” really plainly lays out what she believes. In that article, we stated: Religious author Diana Butler Bass, who was one of the speakers at the recent [2015] Parliament of the World’s Religions in Salt Lake City, has written a book titled Christianity After Religion: The End of Church and the Birth of a New Spiritual Awakening. In it, she makes the stunning statement: “Conventional, comforting Christianity has failed. It does not work. For the churches that insist on preaching it, the jig is up. We cannot go back, and we should not want to. . . . In earlier American awakenings, preachers extolled “old-time religion” as the answer to questions about God, morality, and existence. This awakening is different . . . it is not about sawdust trails, mortification of sin [putting to death the old man], and being washed in the blood of the Lamb [the preaching of the Cross – emphasis ours]. The awakening going on around us is not an evangelical revival; it is not returning to the faith of our fathers or re-creating our grandparents church. Instead, it is a Great Returning to ancient understandings of the human quest for the divine. (pp. 36, 99).” The term “the jig is up” is a slang term that has the connotation of someone being caught at doing something wrong. It has an intrinsically militant tone that is more or less saying “you’re not going to get away with this any longer.” By Butler Bass saying “the jig is up,” there is an underlying implication of a mounting consensus that backs up that statement, such as what Ray Yungen and others we know recently witnessed at the Parliament of the World’s Religions, where 14,000 people attended and where a clear animosity toward biblical Christians was prevalent. (source) People that raved about Butler Bass’ book included: Richard Rohr, Tony Campolo, Marcus Borg, and Brian McLaren – some of the most prolific Bible- and truth-rejecting figures of today. Is it any wonder that our reader’s daughter left her faith after sitting under the mentorship of Diana Butler Bass (a professor at Westmont from 1991-1995). And in case any are wondering if maybe Ms. Bass was theologically ok back in the 1990s, we checked a book she wrote in 1979 (republished in 2002), Strength for the Journey, and she was an emergent, “progressive,” “new spirituality” instigator back then as well. And her 2022 book, Freeing Jesus: Rediscovering Jesus as Friend, Teacher, Savior, Lord, Way, and Presence, is equally as un-biblical, with a closing chapter titled The Universal Jesus.” Here is a description she gives of her “Jesus”: The all in all. Contemporary writers and theologians have turned toward the spiritual inclusivity of Jesus, emphasizing his “all-ness” with many titles: the Cosmic Christ, the Ground of Being, the Heart of Creation, the Universal Christ (p. 260). If you aren’t sure what the “Cosmic Christ” and the “Ground of Being” mean, it’s another way of saying that God is in all (panentheism) and all is God (pantheism)—basically, a rejection of Jesus Christ’s sacrifice on the Cross. As for Westmont College, it has been on our warning list (Contemplative College list) for many years. While Butler Bass is no longer teaching there, Westmont is an outright “progressive” emergent school promoting the “new spirituality” (i.e., New Age spirituality). Parents, before sending your child to a so-called Christian college, please, please check it out thoroughly – unless you want to be in the situation our reader is in so many years later. Our reader had a good reason for not knowing about Westmont or Diana Butler Bass. In the 1990s, there was virtually nothing on the Internet warning about the emergent/contemplative/progressive church; but early pioneers, like Butler Bass, were hard at work, changing the minds of vulnerable, ill-equipped young evangelicals. Not much has changed. Once Bible-believing Christians understand the link between contemplative spirituality (which basically entered the church in 1978 through Richard Foster’s book Celebration of Discipline) and full-blown “progressive” apostasy, they may be in a better place to protect their young people. Until then, Lighthouse Trails will continue sharing the heart-breaking stories of young people leaving the faith after attending Christian colleges. Related Articles: Want Your Child to Become an Atheist? – Send Him to LeTourneau University in Texas (or Any Other Contemplative/Emergent School For That Matter)

“Progressive” Christianity—After Our Children and Grandchildren

Seven Keys to Witnessing to Catholics

Have you ever witnessed to a Catholic and sensed that your Gospel presentation was no different...