Assessment: “Whoever thinks an agreement will increase stability is wrong,” he added.

The Iran nuclear deal that world powers are negotiating in Vienna will make it harder to stave off a nuclear Iran, Prime Minister Naftali Bennett warned at the opening of Sunday’s cabinet meeting.

“Foremost among the threats to the State of Israel is Iran,” Bennett said. “We, as the cabinet, are responsible for taking on the Iranian nuclear [threat], and are closely following what is happening in the talks in Vienna.”

Bennett said that “the agreement and what appears to be its conditions will damage the ability to take on the nuclear program.

“Whoever thinks an agreement will increase stability is wrong,” he added. “It will temporarily delay enrichment, but all of us in the region will pay a heavy, disproportionate price for it.”

Bennett pointed out that, in recent weeks, Iran has been upping its aggression in the region, at the same time as it negotiated in Vienna.

“For seven months the Israelites will be burying them in order to cleanse the land.” Ezekiel 39:7 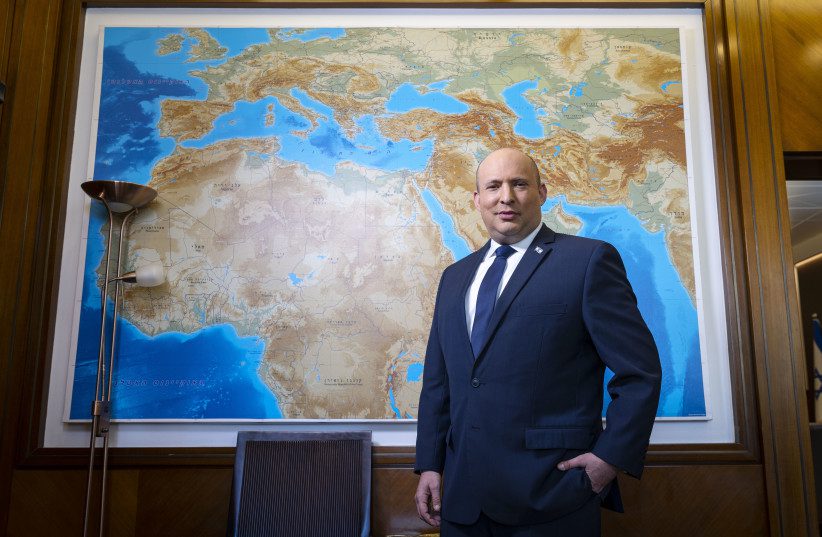 Israel is working to strengthen itself militarily for the coming decades, the prime minister said.

“Israel will maintain freedom of action in any situation, with or without an agreement,” he stated.

‘Damaging’ Iran deal is on the way, Bennett warns  https://amos37.com/damaging-iran-deal-is-on-the-way-bennett-warns/

The Mullahs Close in on the Bomb