Is a nuclear Iran an existential threat? 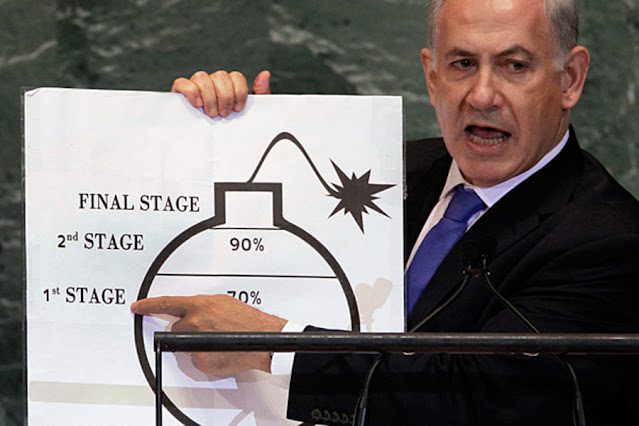 The following story is an excerpt from Haim Ramon’s upcoming book in English, Gambling on Israel’s Existence – A Cabinet Minister’s Inside Account of Israel’s History.
Haim Ramon was born in 1950 in Jaffa to parents who were Holocaust survivors from Poland. After serving as secretary of the Labor Party youth wing, he became an MK in 1983 and remained there until 2009, serving as minister of health, minister of interior and justice minister.
Iran’s nuclear program has topped Israel’s security agenda since the early 2000s. When I returned to the government in the summer of 2007, I joined the forum of ministers dealing with the issue. During a meeting of the forum, the possibility of a strike on Iran’s uranium enrichment plants to thwart its plans to develop a nuclear bomb was discussed.
Looking at a map of the Middle East hanging in the room, I asked myself where, in view of Iran’s enormous size, in the world there was a power capable of causing the regime to give up its nuclear program. From time to time the argument is made that one cannot but think what Iran is doing right under the noses of the world’s powers. I recalled the rumor – one that everyone is familiar with – that a young and tiny country, located about halfway between Morocco and Oman, had, against all the odds, developed a nuclear potential after its leader vowed to ensure it had a deterrent capability against external threats. One of the motivations that had driven the leader of that small country to obtain nuclear capabilities was the holocaust that had befallen his people just a few years earlier.
The leader of this rebellious country managed to stand up to all the pressure and achieve his goal. He was helped by his belief in his country’s urgent need to deter its enemies, deterrence that would only be significant if it held the nuclear capabilities attributed to it.
As every Israeli knows, foreign sources swear that the tiny country is none other than Israel. So, while looking at the map, I thought to myself that despite various differences, a comparison between Israel and Iran is not unreasonable.
Can we really ensure that Iran, whose territory is 80 times larger than Israel’s, and which has a population some 10 times bigger, won’t be able to hide its activities in such a wide area; that it won’t be able to go “under the international radar,” hide operations at one of its many sites, and achieve its nuclear ambitions? Once a country has decided to develop nuclear weapons, it is almost impossible to prevent it doing so. All the more so when we are talking about a country the size of Iran, which has a developed economic and technological infrastructure.
Following that meeting, I spoke with the then-director of Mossad [from 2002-2001], Meir Dagan, who was concerned about the progress Iran was making with its nuclear program. I asked him whether he believed Iran wouldn’t be able to hide its nuclear expansion. READ MORE
Get The Word Out
more
more

The Dystopian Danger of a Mandatory Biometric Database in Mexico