Is There New Evidence Of Jewish Temple Treasures In The Vatican?

JPost: There are several people alive that can personally attest to being eyewitnesses of the Vatican possessing Temple vessels, including the Menorah candelabra.

Pretend for a moment that the Vatican has in its possession some sacred and precious relics that were originally in the Herodian Jewish Temple located in Jerusalem 1,950 years ago. 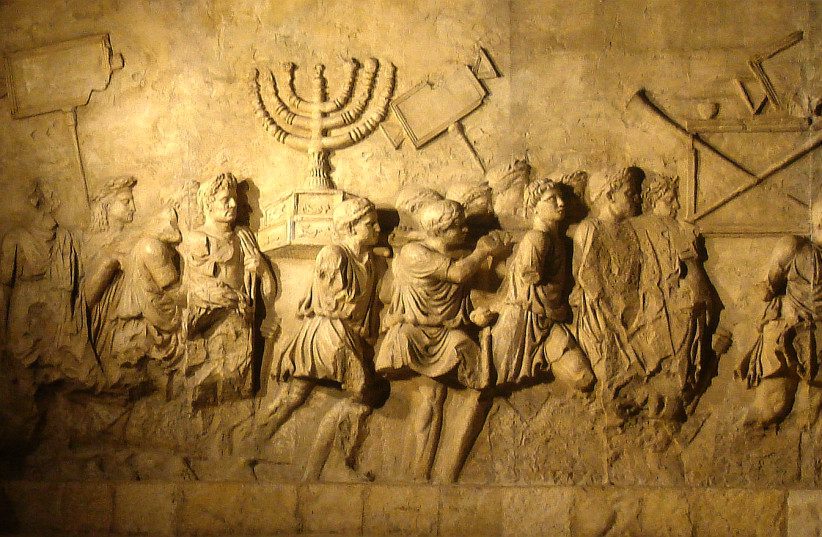 If you were the pope living in the 14th century and could verify this fact, would you not ask yourself how indeed such Jewish artifacts had come to your residence in the first place?

After some digging around (no pun intended), you would have found that your new Vatican residence was actually built over sections of Caesar’s Palace – the Vatican, including St. Peter’s Basilica, was constructed over Emperor Vespasian’s Roman palace approximately 200 years after the sacking of Rome in 455 AD. Indeed, there are excavations going on there right now, even as you read this magazine.

What this means is that the vandals and the Visigoths passed over, or simply didn’t find, the select treasures secreted away in that palace, and instead took with them the many items on public display in the Temple, located not far away.

It says in the Talmud that the famous Jewish sage and author of the Zohar, Rabbi Shimon bar Yochai, went to Rome with his colleagues to nullify harsh decrees placed on Judea, and while there, saw the exact items mentioned in this article. They ended up being royal guests at Vespasian’s palace after being asked to attend to his ailing daughter. When they miraculously did heal her, the sages were afforded the chance to see these extremely holy items, proving that they were kept in that place. Read More …

Opinion: We wrote our first post on artifacts of the second temple on December 7, 2021 (here). In my opinion analysis, I tied the incalculable worth of the temple artifacts to a motive for the future Gog Magog war found in Ezekiel 38:13:

“Sheba and Dedan and the merchants of Tarshish and all her villages will say to you, “Have you come to plunder? Have you gathered your hordes to loot, to carry off silver and gold, to take away livestock and goods and to seize much plunder?”

Since that report another interesting probability is presented in the above article:

It adds up that the 4th century AD anti-Semitic theory that God was finished with the Jews and transferred all the promises of the Abrahamic Covenant to the Catholic church, could explain why the popes have kept the priceless artifacts for themselves.

Daniel 5:1-6 clearly shows how God feels about the temple implements:

Suddenly the fingers of a human hand appeared and wrote on the plaster of the wall, near the lampstand in the royal palace. The king watched the hand as it wrote. 6 His face turned pale and he was so frightened that his legs became weak and his knees were knocking.”

“This is the inscription that was written:

26 “Here is what these words mean:

Mene: God has numbered the days of your reign and brought it to an end.

27 Tekel: You have been weighed on the scales and found wanting.

28 Peres: Your kingdom is divided and given to the Medes and Persians.”

Revelation 17 closes with the dramatic destruction of the woman (apostate church), the beast (final world ruler Antichrist), and the 10 horns (10 kings) will hate the woman and bring her to ruin:

“And the ten horns which you saw on the beast, these will hate the harlot, make her desolate and naked, eat her flesh and burn her with fire.”

Is There New Evidence Of Jewish Temple Treasures In The Vatican?  https://amos37.com/is-there-new-evidence-of-jewish-temple-treasures-in-the-vatican/

NTEB PROPHECY NEWS PODCAST: Will The Vatican Use Abraham Accords And Promise Of A Rebuilt Jewish Temple To Sell Israel On Two-State Solution?

The One World Religion Of Chrislam Invites You To Participate In World Peace While At The Same Time Rejecting The King Of Peace, Jesus Christ

Shocker From Zoltan Poszar: Powell Must Crash The Market