London, England – Two Muslim men beheaded a British soldier in broad daylight on Tuesday, then dumped his lifeless body in the road.

According to reports, the two young Muslim males hit the soldier with a car, then hacked him to death with a meat cleaver, all the while yelling “Allah Akbar,” meaning “God is great.”

Following the murder, one of the men approached a bystander who was filming the incident.

“We swear by almighty Allah we will never stop fighting you until you leave us alone,” he declared, holding up a bloody hand. “Your people will never be safe. The only reason we have done this is because Muslims are dying by British soldiers every day.”

“We must fight them as they fight us. An eye for an eye and a tooth for a tooth,” he continued. “I apologize that women had to witness this today, but in our lands our women have to see the same. You people will never be safe.”

Jesus says, But I say unto you, Love your enemies, bless them that curse you, do good to them that hate you, and pray for them which despitefully use you, and persecute you… Matthew 5:44

Allah says, Do not hanker for peace with the infidels; behead them when you catch them Surah 47:4

“Remove your government; they don’t care about you,” the man said, still holding his weapons. “Do you think David Cameron is going to get caught in the street when we start busting our guns? Do you think your politicians are going to die?”

One bystander stated that he thought that the men originally walked up the soldier to help him after he had been struck by the car, but knew something was terribly wrong when he saw the butcher knives in their hands. A second bystander named Lauren said she saw everything up close.

“I still am quite shaken at what I’ve seen,” she told reporters. “I’ve seen a victim of an awful attack, and I’ve seen a body of a young man.”

Reports also state that the men wanted to be filmed and asked people to take photos following the attack.

When police arrived, both men reportedly charged at them with knives. They also possessed a firearm. Moments later, police opened fire, injuring them both.

British Prime Minister David Cameron, who was in France at the time, condemned the violence, calling it nothing less than terrorism.

“We have suffered these attacks before. We have always beat them back,” he said. “We have done that through a combination of vigilance, of security, of security information, good policing.”

“But above all, the way we have beaten them back is showing an absolutely indomitable British spirit that we will not be cowed, we will never buckle under these attacks,” Cameron continued. “The terrorists will never win because they can never beat the values we hold dear, the belief in freedom, in democracy, in free speech, in our British values, Western values. They are never going to defeat those. That is how we will stand up to these people, whoever they are, however many there are of them, and that is how we will win.”

Why Muslims use violence (Terror)

Now, let us have a closer look at what the Koran says about the infidels:-

The Qur’an certainly proclaims that when the time is appropriate, Muslims must use force to convert the unbelievers to Islam. For the non-Muslims, the alternative to this is to pay the humiliating protection money (Jizya tax) or be killed (by beheading, of course). A militarily dominant Islam, without doubt, precludes the peaceful co-existence with the unbelievers if the Muslims have to abide strictly by the unalterable stipulations of the Qur’an. WEF: ‘Hand Over Your Sovereignty to the Elite or Die’ 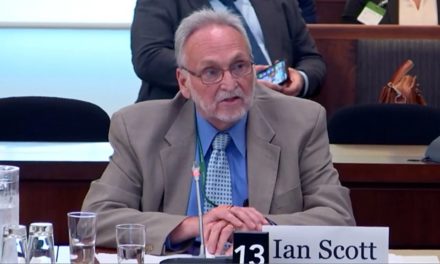 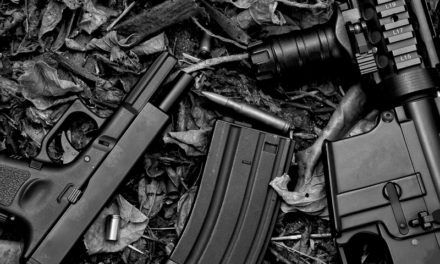 “Be Willing To Use Deadly Force”: IRS Sparks Uproar Over Job Posting