Neo-Con War Monger Insanity: ‘Monkeys With Matches In A Room Full Of Dynamite’ 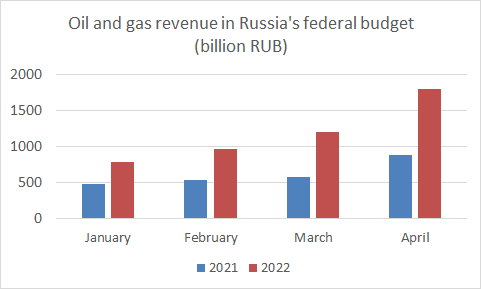 Please Share This Story!
This essay is a bit of a ramble, but it brings up all the right points. The Technocrat loonies who are in charge of the world are doing everything they can to destroy it. Are they just idiots or are we all being played by a larger misinformation campaign to keep from looking in the right places? The Trump enigma is especially concerning. ⁃ TN Editor

The U.S. and NATO are playing with fire by poking the bear. This is no longer a limited conflict between Russia and the Ukraine. In the early days of the conflict, there were constant talks between both sides, with the possibility of a negotiated resolution. The American Empire nixed those talks. The neo-cons, representing the interests of the military industrial complex uni-party, see an opportunity to further enrich themselves, while believing they can bleed and weaken Putin. But who is really being weakened in the long run?

Putin’s military operation began on February 24. Oil was $93 a barrel. It is up 13% and despite economic sanctions, Russian oil revenue is higher, and the ruble is at a two year high versus the USD and Euro. Natural gas prices are up 69%. Diesel prices are up 89%. Gasoline prices are up 29%. Wheat prices are up 31%. The stock market is down 5% and at a one year low. As an exporter of oil, natural gas, and wheat, is Russia really suffering from these price increases, or are the citizens of the EU and U.S. bearing the brunt of the pain? Russians are paying $2.80 a gallon for gasoline, while Americans are paying $4.65 per gallon. Who’s winning this proxy war?

Russian oil exports are up 50% in 2022. The Biden administration is amateur hour on steroids. The State Department and Defense Department are led by inept woke lightweights who are stumbling and bumbling our country into World War 3. They keep pushing Putin, attempting to instigate him into an action they can use as a basis for officially declaring war against Russia.

Make no mistake about it, the U.S. is already at war with Russia and Putin knows it. Economic sanctions, even though they have backfired and hurt Europe and the U.S. far more than Russia, are an act of war. Providing the Ukraine with tactical information so they can target generals and naval ships is an act of war. Shipping high tech military weaponry, in addition to enriching U.S. arms makers, to the Ukraine is an act of war.

Sending $54 billion, printed out of thin air by Powell and his cronies and exacerbating our already 40-year high inflation, to the corrupt Zelensky so he can buy U.S. arms, is an act of war. I wonder if the “Big Guy” will get his 10%. Calling for the overthrow of a world leader, who has 6,000 nuclear weapons at his disposal, is a reckless act of war. This isn’t a video game, where you get to start over if you make the wrong move. This game of Risk could end life on this planet as we know it if someone makes the wrong move.

Fourth Turnings have a life of their own, with the generational juxtaposition driving events towards conflict rather than towards a negotiated resolution. The Prophet Generation leaders are sure of themselves, even when the facts argue against their plans. They will plunge forward, as their arrogance and self-absurdness convince them they are destined to achieve immortality in history books as the leader who changed or saved the world.

We are in the midst of an era where events are being orchestrated by evil men whose agendas, while not totally coordinated, all coalesce around a future world of authoritarian domination by the few and passive subjugation by the many. It is clear Gates and Clinton are active conspirators in the Great Reset scheme being implemented by the billionaire global oligarchs.

Trump is an enigma, as his rhetoric appears to be against these forces of evil, but his actions speak otherwise. His assessment and selection of key personnel, endorsement of candidates, and continued full throated support of the blood clot inducing Big Pharma experimental gene therapies that don’t keep you from catching or transmitting a low-risk flu, classifies him as either a clueless dupe or just controlled opposition, paid to keep half the masses distracted from their conspiracy to implement their Build Back Better New World Order.

His actions in not doing everything in his power to free the January 6 hostages, rotting in government dungeons, passive support for Biden’s reckless Ukraine provocations, and endorsement of left wing lunatics like Oprah talk show host and Turkish citizen Mehmet Oz for Senate in a state where he doesn’t reside, prove his true colors. A Trump victory in the 2024 presidential election would ensure a chaotic whirlwind of domestic violence as a likely global conflict would already be underway.

Is Putin the world’s last hope in derailing the WEF Great Reset agenda or is he just playing his part in enslaving the global population in squalor and debt within a techno-gulag dystopian surveillance federation, where you will own nothing and be happy while your overlords own everything and dole out your rations depending upon your level of subservience? Even though there have been tenuous links between Putin and the WEF globalist cabal, the reaction of these globalists to his military operation reveals he is not on their side.

The U.S. controlled NATO has been slowly encircling Russia with missiles and the imminent admission of Sweden and Finland will put their missiles on Putin’s doorstep. Putin and his closest advisors are clear headed and understand the stakes, as stated by Dimitry Medvedev:

“The pumping of Ukraine by NATO countries with weapons, the training of its troops to use Western equipment, the dispatch of mercenaries and the conduct of exercises by the countries of the Alliance near our borders increase the likelihood of a direct and open conflict between NATO and Russia instead of their ‘war by proxy. Such a conflict always has the risk of turning into a full-fledged nuclear war. This will be a disastrous scenario for everyone.” – Dimitry Medvedev – Former Russian President

It appears this showdown between the failing and flailing American Empire and Putin will be the existential clash of this Fourth Turning. There is one certainty. Putin will not accept defeat in Ukraine. He plans to attain his objectives, whatever the cost. If the U.S. and NATO are foolish enough to directly intervene, they risk confirming Robert Oppenheimer’s lament – “Now I am become Death, the destroyer of worlds”. Putin has seen the writing on the wall since the 2014 U.S. orchestrated coup d’état and has shown tremendous restraint in his response.

His Ukraine invasion has been targeted on military objectives, making all efforts to avoid civilian casualties. The Russian military is methodical, efficient, and boring, as opposed to the Shock & Awe U.S. military that has failed miserably at achieving their objectives for 20 years. The false flag Ukrainian attempts to create atrocity narratives have failed pathetically. But Putin’s restraint should not be mistaken for weakness. He is a man of his word, not one of Biden’s bloviating apparatchiks who got their job based on race, sex, or wokeness credentials. He means what he says and is willing to back up his words with actions.

Hohmann: Globalists Have Entered The Kill Phase Of The Great Reset