Assessment: It is estimated some 374 IS militants, and 120 Syrian soldiers and prison workers died during the ten-day siege, where IS was initially able to seize control of the prison. It has since been recaptured by the Syrian authorities …

U.S. Special Forces operators were involved in an action that resulted in the deaths of 13 people, including women and children, during an airborne counterterrorism raid in northwestern Syria across the early hours of Thursday morning.

“ And at the time of the end shall the king of the south push at him: and the king of the north shall come against him like a whirlwind, with chariots, and with horsemen, and with many ships; and he shall enter into the countries, and shall overflow and pass over. Daniel 11:40

This has left the media speculating as to whether the attack was aimed at Al-Queda or at the Islamic State, AP reports.

Civilian eyewitnesses described helicopters arriving in the region around 1:10 am, and for forty-five minutes a translator advised any women to surrender or leave the area. Reportedly the U.S. troops were met with silence before a firefight began upon their landing and dismounting from the aircraft – it is unclear who fired first.

U.S. troops were also forced to blow up one of their own helicopters in a controlled explosion during the operation after it experienced a mechanical failure.

This would have been to prevent it falling into terrorist hands, as happened when U.S. forces left up to 167 aircraft, including 33 Black Hawk helicopters for the Taliban to commandeer after President Joe Biden’s disastrous withdrawal in August 2021.

The press secretary for the Department of Defense, John Kirby, in a statement said the mission was “successful” and that there were “no U.S. casualties”. Kirby declined at this stage to give any further information, and did not confirm the body count. 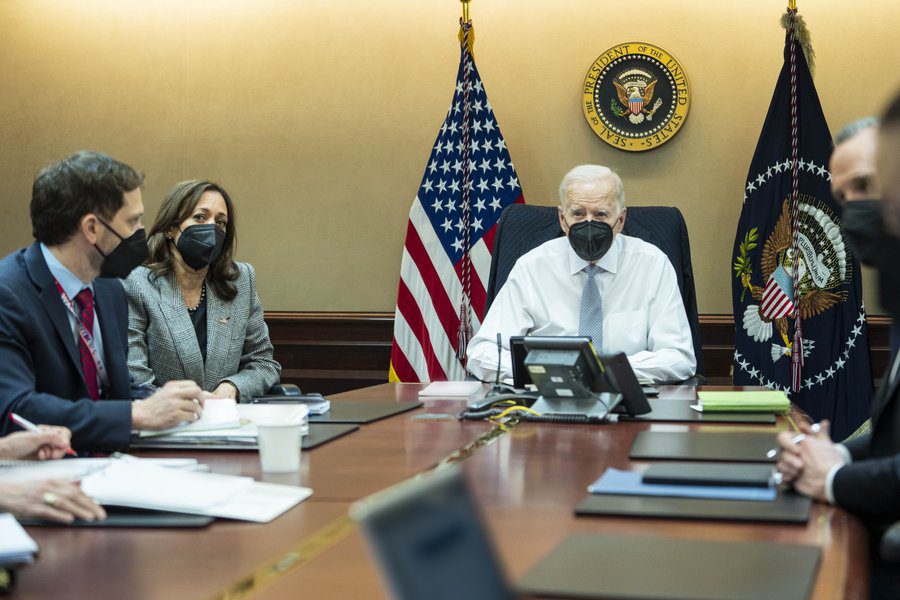 The Syrian Observatory for Human Rights suggested the target would have had to have been of significance as otherwise the U.S. would not have landed the helicopters and soldiers would not have disembarked.

The raid is the largest U.S. raid of this type since 2019 when President Donald Trump authorised the targeting and killing of Islamic State leader Abu Bakr al-Baghdadi.