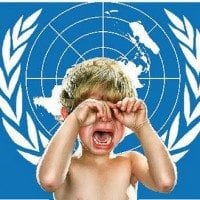 The organization “not only teaches its own worldview, it simultaneously undermines the beliefs and values of the United States (also called the ‘American creed’),” the report said. It cites an International Baccalaureate teaching page, which says, “Both Democrats and the Republicans supported a more or less unrestrained capitalist system.

The agenda of the United-Nations-funded and -run International Baccalaureate Curriculum is making massive inroads into America’s public schools, with operations already established in more than 1,000 locations.

Howse says one of his radio program’s listeners is frustrated that there is no outcry from the public.

Here’s the instruction manual on an alternative to public schools, in “You’ve Decided to Homeschool, Now What?”

“The man wrote me an e-mail, and he said, ‘It’s crazy how we’re not informed and how so many parents, Christian parents, are shuffling their kids into these programs thinking it’s a good thing, a positive thing,” Howse said.

According to a report at EdNews.org, the program should overrule any “parochial” values or beliefs, with a heavy focus on a social agenda throughout classes.Howse points to the program’s objectives that say the entire curriculum is shaped by the U.N.

“Math Studies curriculum explores problems concerning the weather, environmental protection, conservation, and energy. … The statistics unit will examine a variety of problems from a global perspective, such as the disparity of wealth distribution between first- and third-world countries.”

The report says Latin students “will examine the ancient world as a sounding board to measure and compare the global issues in a modern world. Students will discuss the impact on the Roman world, as well as their own, of such topics as women’s rights, slavery, and national imperialism.”

The report is highly critical of the International Baccalaureate.

The organization “not only teaches its own worldview, it simultaneously undermines the beliefs and values of the United States (also called the ‘American creed’),” the report said. It cites an International Baccalaureate teaching page, which says, “Both Democrats and the Republicans supported a more or less unrestrained capitalist system. They believed that it offered unique incentives to hard work and opportunities for all even though there was plenty of evidence that it left many people very poor and a few grotesquely rich.”

A teacher who asked not to be identified believes the standards in Massachusetts, one of the states where the International Baccalaureate has been expanding, are fine the way they are.

“One thing that greatly troubles me is we have an excellent curriculum in Massachusetts public schools. Our frameworks are second to none. Our [standard] is the envy of the nation,” the teacher said.

The teacher is also pleased that the current state standards allow for openness to the Bible.

“Did you know we are not only allowed to use the Bible in public schools – it is encouraged as recommended literature?” the teacher asked.

She added that further interference from the federal government will compromise this freedom.

“This past month I believe the liberal legislators on Beacon Hill took Obama’s bait (involving financial incentives) and are adopting the federal standards ‘Common CoreCurriculum .’ I very much doubt that the federal standards exalt the Scriptures as quality literature. In our social-studies frameworks, it includes what salvation means, in the life of a Christian. Doubtful the federal common core standards do that,” the teacher said.

The Massachusetts teacher’s concern for her own state would appear to be justified because the Massachusetts Department of Education website discusses Massachusetts school systems that are introducing the International Baccalaureate Curriculum.

One link is to the Sturgis, Mass., Charter School that lists its International Baccalaureate program among its best practices.

The Sturgis site says, “To foster international awareness and understanding and ensure world-class standards of academic achievement, Sturgis will maintain for membership in the International Baccalaureate.”

Who is behind the advocacy of the International Baccalaureate program?

Recent evidence of federal involvement is seen in a 2008 position paper issued by the Obama-Biden campaign that openly promoted the International Baccalaureate program.

The statement begins with campaign slogans and speaks of a vision for a “21st Century Education.”

Then the statement continues.

“Barack Obama and Joe Biden will create a national ‘Make College a Reality’ initiative, based on the successful efforts underway in many states to increase the percentage of students taking rigorous courses and assessments, such as Advanced Placement International Baccalaureate courses.”

While not specifically mentioning the International Baccalaureate program by name, the president’s website continues to echo the “global” theme.

“At this defining moment in our history, preparing our children to compete in the global economy is one of the most urgent challenges we face,” Obama’s education issues page said.

“In a revamped high school, the concept of rigor is broadened to include mastery not only of core academic subjects but of the higher-order cognitive skills that the global economy demands. A rigorous high-school program aligns curriculum, instruction, and assessment with high standards and high expectations. It focuses on the integration of skills and knowledge. It is coherent and sequential and encourages students to tackle challenging Advanced Placement, International Baccalaureate, and honors courses,” the statement recommended.

The reference is to international collaboration, but while he was superintendent of the Chicago Public Schools, Duncan promoted the International Baccalaureate Curriculum.

The Chicago Public Schools website features two pages that discuss the implementation of the International Baccalaureate program in the Chicago schools.

Both pages say one of the goals of the International Baccalaureate Curriculum in Chicago is encouraging students to be globalists. The “Diploma Programme” page lists the goals.

“Goals: Teach students how to learn. Provide an opportunity for each student to strengthen their communication skills. Enable students to become global citizens by encouraging their understanding of people from other countries and cultures,” the “Diploma Programme” site said.

President Obama’s support for the International Baccalaureate program goes back to his connections with unrepentant terrorist Bill Ayers. While the two worked together at the Chicago Annenberg Challenge, the Walter-Annenberg-funded program gave money to Chicago-area schools.

Further funding for the International Baccalaureate Curriculum comes from such diverse organizations as the Bill and Melinda Gates Foundation. The Gates Foundation website reports that the group gave over $2 million to the Irving, Texas, public schools.

Worldview Weekend’s Howse adds that America’s biggest problem is that parents and schools are working against their own interests.

“So much for Washington. If Washington waits around, we’ll destroy ourselves,” Howse said.

WND previously has reported on a growing move in the U.N. that would impact significantly Americans’ rights regarding their children’s education.

Its programs are being opposed by ParentalRights.org, which was created in response, advocating for a simple addition to the U.S. Constitution. The proposed change would state: “The liberty of parents to direct the upbringing and education of their children is a fundamental right. Neither the United States nor any state shall infringe upon this right without demonstrating that its governmental interest as applied to the person is of the highest order and not otherwise served.”

It also would specify, “No treaty may be adopted nor shall any source of international law be employed to supersede, modify, interpret or apply to the rights guaranteed by this article.”

Were on / PinterestFree Resources for the growing Christian.

Mazzaroth Taurus The Raging Bull The Judge Of All The Earth