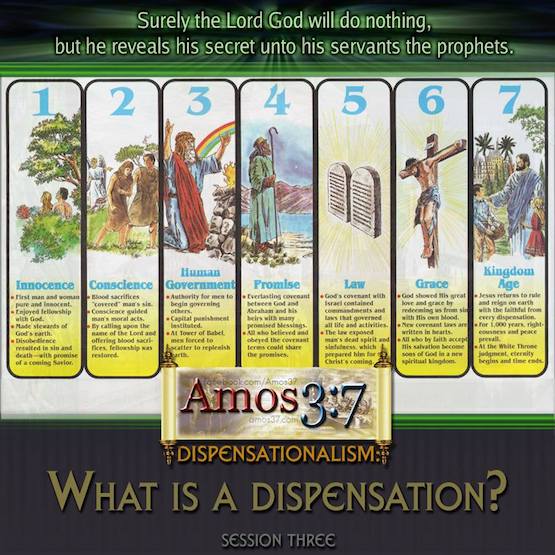 Take a tour of a comprehensive understanding of Dispensationalism with Dr. Robert Dean.  Today Dr. Dean looks at the nature of various schools of Theology in relation to Interpretation.  Amos37 has spent years researching the various positions of Amillennialism, Postmillennialism, Prewrath/Mid-tribulation View, Historic Premillennialism, Dispensational Premillennialism, Preterism, and their variants.  It is our earnest desire that you grow in grace and in mercy.  With this in mind, we offer Dr. Deans exhaustive approach will help you understand the issues and components of various theologies. Do your own study and compare with the word of God.

‘ he says, “Now as to the times [CHRONOS] and the epochs (or “seasons” as used in the Old King James), brethren, you have no need of anything to be written to you.”‘  1 Thessalonians 5:1

What is a Dispensation?

Dispensation: Greek: οἰκονομία (oikonomia) 1. the management of a household or of household affairs… administration, dispensation.

So, dispensationalism is a theological system, which understands that God sovereignly governs the history of the human race through a sequence of divinely directed administrations marked by distinctive periods of time as He works out His plan to destroy sin and evil. What we see is that history, therefore, has a purpose and that is the destruction of sin and evil; and that God oversees history, so history isn’t a bunch of random events; it is not like Henry Ford said, “One damned thing after another.” But it is a sovereignly guided and directed process. It may appear chaotic from this side, but it is not chaotic in terms of the mind of God and control of God. Last time I pointed out that Charles Ryrie crystallized the essence of dispensationalism into these three main ideas, which he called by a Latin phrase, sine qua non, which literally means “without which nothing,” just the essential elements [see slide]:

1. First of all, a consistent literal historical grammatical interpretation of the Bible.

The reason people like that is because it makes sense to them when they read their Bible; that they can open their Bible and they read what the passage says and then somebody expounds on the passage, explains the passage, and they can go home and read it again and say, “Oh, I can follow that; it opened that passage up to me. It means what it says, and it is not just taking it into some sort of allegorical, spiritualized realm where the meaning of the passage doesn’t really have anything to do with the words that I read on the text.”

3. The third thing the church writes in dispensational theology is it recognizes that the overall purpose of God’s plan for His Creation is His Glory, His Essence, glorifying Himself, vindicating His Essence against the charges of Satan and the fallen angels and of fallen atheistic mankind; that God is not really righteous and or just.

“When the plan sense of Scripture makes common sense, seek no other sense; therefore take every word at its primary, ordinary, usual, literal meaning unless the facts of the immediate context, studied in light of related passages and axiomatic and fundamental truths indicate clearly otherwise.” -Dr. Robert Dean  See full Transcript 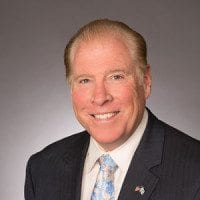 Before coming to West Houston Bible Church, Dr. Dean was the Pastor of Preston City Bible Church in Preston, Connecticut. Prior to that he had served churches in both the Dallas and Houston, Texas areas and has over 35 years of pastoral experience.

Dr. Dean is a much sought after Bible teacher both in the United States and overseas. He serves on the adjunct faculty of Faith Evangelical Seminary and is the Chairman of the Governing Board for Chafer Theological Seminary.

Dr. Dean trained for the ministry at Dallas Theological Seminary where he earned a Th.M. in Hebrew and Old Testament Studies and later returned to pursue a Ph.D. in theological studies with an emphasis in Historical Theology. He also earned an M.A. in Philosophy from the University of St. Thomas (1987) and a Doctor of Ministry degree from Faith Evangelical Seminary (2002). In 1988 he was recognized as an Outstanding Young Man of America, and in 1989 was listed in the Who’s Who in American Christian Leadership.

His academic training in Greek, Hebrew, theology, philosophy, and history enables him to study the Bible in the original languages and show how these eternal truths are as vital today as always.

For much more see:  For Credit and more classes from deanbibleministries.org
chafer.edu 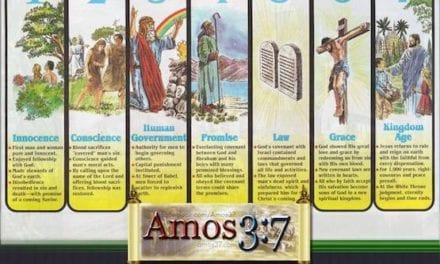 What Is a Dispensation? 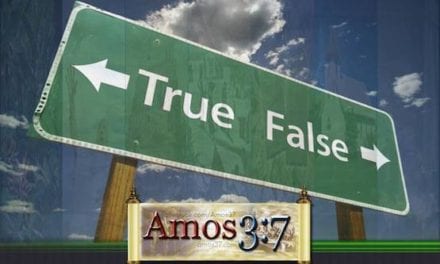 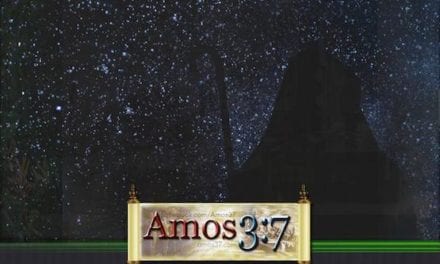 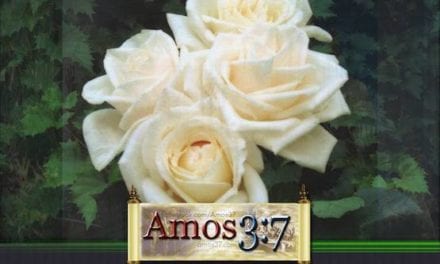