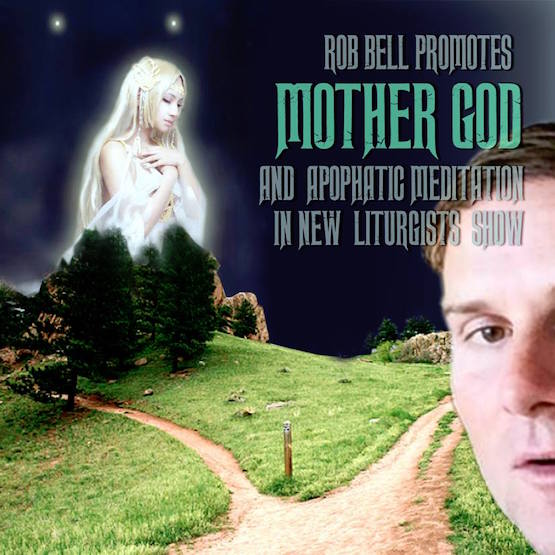 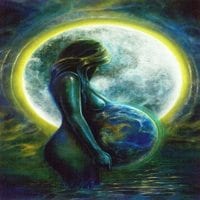 What seemed to start out as a social movement to secure equal pay for equal work (along with other rights), has become a rallying point for radical feminists whose purpose seems to be, at least in part, to re-write the Bible, “re-imagine” God’s nature and reintroduce paganism.  (Excerpt from below)

With the memory of the BP Deepwater ecological disaster, we are developing a series of articles on how radical environmentalist that worship the earth is ancient indeed.  It is rooted deeply in witchcraft and has wide appeal to New Agers and of course Eastern Religions.

*Attached is an article to which they did good research with one exception.  I do not subscribe to his old earth chronology.

Unique Terms: The term Goddess can mean anything from a specific personal deity to an abstract concept simply referring to a power or force within one’s self.

As Merlin Stone, a radical feminist, writes, “In the beginning, people prayed to the Creatress of Life, the Mistress of Heaven. At the very dawn of religion, God was a woman” (When God Was A Woman, p. 1).

Certainly Goddess worship has been practiced for centuries. Rosemary Ellen Guiley writes, “Goddess worship extends at least back to the Neolithic era of approximately 10,000 years ago, and may even be as old as the Stone Age of 25,000 to 30,000 years ago” (Harper’s Encyclopedia of Mystical and Paranormal Experiences, p. 239). The well-known mythologist, Joseph Campbell, cited an archaeological discovery dating to 6500 B.C. which contained “the basic motifs of the great mother-goddess” (The Masks of God, p. vii).

Though Goddess worship is certainly ancient, for the purpose of this Profile, only its modern resurgence and recent manifestations will be discussed.

Guiley correctly summarized the reappearance of this ancient pagan religion when she wrote, “The rediscovery of Goddess in the West in the late 1960s coincided with the women’s movement, the ecology movement, and the beginnings of the so-called New Age movement.” She continues by citing one other religious movement which helped popularize this philosophy. “Perhaps one of the most visible arenas for the revival of Goddess is the neo-Paganism and Neo-Pagan Witchcraft nature religions” (Harper’s Encyclopedia, pp. 240-241).

As with many movements, often the point at which it eventually arrives is not the place for which it was initially heading. Such is the case with feminism. What seemed to start out as a social movement to secure equal pay for equal work (along with other rights), has become a rallying point for radical feminists whose purpose seems to be, at least in part, to re-write the Bible, “re-imagine” God’s nature and reintroduce paganism.

Feminist writer, Christin Lore Weber does an adequate job of promoting all three of these purposes when she explains her version of Jesus’ role in history. She writes, “Just imagine for a moment that what we call Incarnation is not an event applicable only to the one person of Jesus at a distinct point in time. Imagine, instead, that Incarnation is a non-historical quality of the creative process of Ultimate God-Mystery that transfigures created beings, radically shifts all consciousness in the cosmos, and results in what is earth-created matter becoming transformed into God.

What distinguishes Jesus from the rest of us is that he knew, was conscious of, who and what he was. He knew he was God’s Word; that is not to say the rest of us are not. As women, we have a particular responsibility, for God incarnated in our being may add a dimension to cosmic consciousness, as well as to the Christ, that cannot be imagined in a creation expressed by a primarily masculine spirit. We have a responsibility to descend into, become one with, and then unfold the womanness of God in creation. That is how we become Christ. WomanChrist” (WomanChrist: A New Vision of Feminist Spirituality, pp. 43-44).

Going the next step beyond Weber’s Woman Christ, Monica Sjoo and Barbara Mor introduce the Goddess. “Perhaps ancient women had access to psychic and physical powers we have forgotten. Ancient people of both sexes, living under the Stone Age Great Mother had `magical’ power of telepathy, clairvoyance, precognition, teletransportation, of fire-walking and shape-changing” (The Great Cosmic Mother: Rediscovering the Religion of the Earth, p. 425).

For many proponents, an integral part of Goddess worship is its prevalent theme of anti-masculine, anti-male statements. In this philosophical world-view, since Goddess worship is good, then by necessity, any use of masculine terminology in reference to God or any prominence of men in culture or society is generally discouraged. Sjoo and Mor explain this thought by writing, “Perhaps the greatest harm patriarchy has done to us is to stifle, coopt, and deform our powers of imagination. Moralism, dualistic dogmas, repressive prohibitions block our imagination. Patriarchal religions keep this fusion from happening, imagination dies, and is replaced by mechanical-linear thought patterns, i.e. indoctrination” (Ibid., p. 427).

This “blocked imagination,” they claim, leads to harmful indoctrination. This indoctrination includes the biblical concept of God the Father and God the Son. Hence the need to re-imagine God in a Goddess nature with feminine qualities. 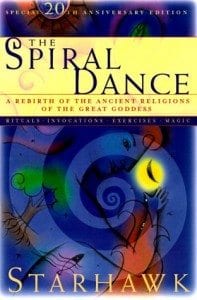 Starhawk, a self-proclaimed witch, explains, “The symbolism of the Goddess has taken on an electrifying power for modern women. It has exposed the falsehoods of patriarchal history and given us models for female strength and authority” (The Spiral Dance: A Rebirth of the Ancient Religion of the Great Goddess, p. 91).  Note:  From Amos37, the ancient spiral is one of the most if not the most ancient way to embed 666 in a naturally occurring form.  It is called sacred geometry, Fibonacci code and we see how the Pagan worshipping pantheists would easily accept the mark of the beast.  More to come on this Sacred Spiral.

Elinor W. Gadon noted in her book, The Once and Future Goddess, another strain in recent history that has brought the concept of Goddess worship to the forefront.

She writes, Psychologist “C.G. Jung discovered that the Goddess was a potent force in the unconscious. Jung’s theory of the feminine principle as a universal archetype, a primordial, instinctual pattern of behavior deeply imprinted on the human psyche, brought the Goddess once more into popular imagination” (p. 228).

Not only has the Goddess been written about in New Age/Occult books, touted by noted psychologists as being a universal part of the human psyche and heralded as a rallying point for anti-Christian feminists, she is also being spoken of in public schools throughout America.

Tal Brooke, a Christian author and researcher with the Spiritual Counterfeits Project in Berkeley, California stated, “Children watch plays about Mother Earth; they are taught that to despoil the goddess who gave them birth by polluting the environment is more than just ecological crime, it is essentially blasphemy” (SCP Journal, Vol. 16, No. 1, p. 4).

The Goddess Earth: The Gaia Hypothesis

How did this pagan philosophy of the Goddess gain access to the educational system? It began with the British scientist, James Lovelock, who, while “working on the problem of detecting extra-terrestrial life” claimed his Gaia hypothesis “began to take shape” (Science and Christian Belief, Vol. 4, No. 1, p. 29). Lovelock explains, “Gaia is Mother Earth. Gaia is immortal. She is the eternal source of life. She is certainly the mother of us all, including Jesus” (Ibid., p. 6). His belief, as stated in the Gaia hypothesis, is that Mother Earth is the goddess, Gaia. It is a living, breathing being. It is a “”single, self-regulating biological organism that acted intelligently and beneficently to maintain life” (Yoga Journal, March/April 1992, p. 26).

Joss Pearson, a devout believer in Lovelock’s Gaia hypothesis, explained, “I realized his theory would change the whole of science, every science there is maybe not instantly but certainly over time” (Ibid.).

The Goddess in the Classroom

One way to ensure that Lovelock’s theory of Mother Earth/Goddess Gaia as a living entity and man as an ordinary organism will be accepted by future generations is to begin by teaching it to the youth. That is precisely what is happening. In an elementary age, Environmental Science textbook, copyright 1995, this very Gaia theory is explained and stated as a viable probability.

It declares, “The perception of Earth as a living being is a view held by people in many cultures. However, in modern industrial society, humans are often seen as being apart from nature. Nature is something to be controlled and consumed. Many people view Earth as existing for human use. People are removed from the systems that govern the rest of the biosphere. The modern industrial view does not match the portrait of Earth. Like any other population of organisms, humans are part of Earth’s systems. The principles that govern lynx and hare populations in the ecosystem govern the human population as well. Scientists are now beginning to study these connections among systems. In 1972, British scientist James Lovelock proposed a hypothesis called the Gaia hypothesis. The Gaia hypothesis states that Earth is a single, living organism that regulates itself to maintain life. Lovelock’s hypothesis reflected a view of Earth that many cultures have held for thousands of years” (Ecology and Human Impact, pp. 188-189).

While it is certainly accurate to say that Lovelock’s view has been held by many cultures for thousands of years, it is also worth noting that no civilized culture has held it in recent centuries. It is a tenet of pagan religion directly related to Pantheism and goddess worship.

Thus, ecology in the school system has joined with radical feminism under the banner of Goddess Gaia/Mother Earth. David Pearson, a believer in the Gaia theory, explains, “Far from being masters of nature, we as humans are an integral part of Gaia. It’s fundamental to our new vision of the three interwoven strands of the Gaian approach: ecology, health, and spirit” (Yoga Journal, March/April 1992, p. 31).

Where does the Gaia Goddess theory of ecology eventually lead? As Pearson has explained, it is essential for Mankind to learn to intertwine ecology, health and spirit. That is why Jalaja Bonheim can write a Walking Prayer for the Earth which harmonizes these three aspects.

She states, “The earth is not dead matter. She is alive. Now begin to speak to the earth as you walk. You can speak out loud, or just talk to her in your mind. Send your love into her with your exhalation. Feel your heart touching upon the heart of the planet. Say to her whatever words come to you: Mother Earth, I love you. Mother Earth, I bless you. May you be healed. May all your creatures be happy. Peace to you, Mother Earth. On behalf of the human race, I ask forgiveness for having injured you. Forgive us, Mother Earth ” (New Age Source Book 1994, p. 45).

Thus, from radical feminism and pagan witchcraft to elementary school textbooks, Goddess worship, in its many manifestations, is ever creeping into modern society.

3) God universally chose to use masculine pronouns in reference to Himself. Genesis to Revelation.

2) The Earth is the Lord’s: Christians and the Environment, Richard Land and Louis Moore, editors. A Biblical perspective on the Christian’s place in the ecological movement. Includes information on New Age and Humanistic approaches. 207 pages, $11. 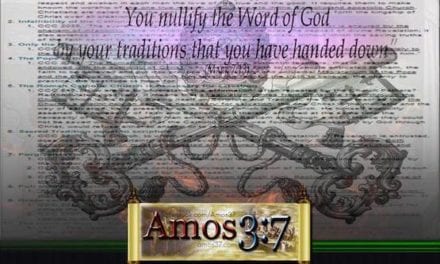 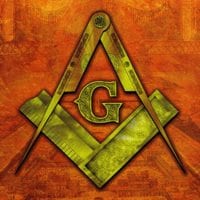 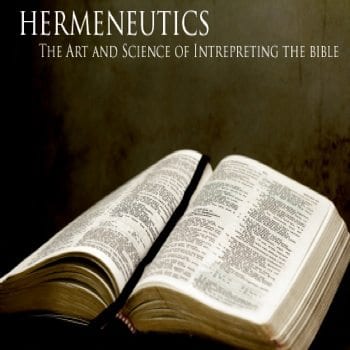 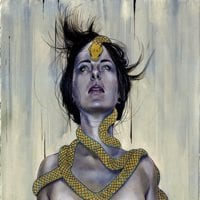