Eisegesis? Ken Ham gets to the heart of the debate about the six days of creation. If we read from what the biblical text says (exegesis), it allows only one interpretation—six 24-hour days. Any other interpretation is eisegesis (“reading into” the Bible).      The “Days” of Genesis 1
What does the Bible tell us about the meaning of “day” in Genesis 1? A word can have more than one meaning, depending on the context. For instance, the English word “day” can have perhaps 14 different meanings. For example, consider the following sentence: “Back in my grandfather’s day, it took 12 days to drive across the country during the day.”

Here the first occurrence of “day” means “time” in a general sense. The second “day,” where a number is used, refers to an ordinary day, and the third refers to the daylight portion of the 24-hour period. The point is that words can have more than one meaning, depending on the context.

To understand the meaning of “day” in Genesis 1, we need to determine how the Hebrew word for “day,” yom, is used in the context of Scripture. Consider the following:

A typical concordance will illustrate that yom can have a range of meanings: a period of light as contrasted to night, a 24-hour period, time, a specific point of time, or a year.

A classic, well-respected Hebrew-English lexicon8 (a dictionary) has seven headings and many subheadings for the meaning of yom—but it defines the creation days of Genesis 1 as ordinary days under the heading “day as defined by evening and morning.”

Outside Genesis 1, yom is used with the word “evening” or “morning” 23 times. “Evening” and “morning” appear in association, but without yom, 38 times. All 61 times the text refers to an ordinary day. Why would Genesis 1 be the exception?

In Genesis 1:5, yom occurs in context with the word “night.” Outside of Genesis 1, “night” is used with yom 53 times, and each time it means an ordinary day. Why would Genesis 1 be the exception?

Even the usage of the word “light” with yom in this passage determines the meaning as ordinary day.

The plural of yom, which does not appear in Genesis 1, can be used to communicate a longer time period, such as “in those days.” Adding a number here would be nonsensical. Clearly, in Exodus 20:11, where a number is used with “days,” it unambiguously refers to six earth-rotation days.

There are words in biblical Hebrew (such as olam or qedem) that are very suitable for communicating long periods of time, or indefinite time, but none of these words are used in Genesis 1.15 Alternatively, the days or years could have been compared with grains of sand if long periods were meant.

Dr. James Barr (Regius Professor of Hebrew at Oxford University), who himself does not believe Genesis is true history, nonetheless admitted as far as the language of Genesis 1 is concerned that

So far as I know, there is no professor of Hebrew or Old Testament at any world-class university who does not believe that the writer(s) of Gen. 1–11 intended to convey to their readers the ideas that (a) creation took place in a series of six days which were the same as the days of 24 hours we now experience (b) the figures contained in the Genesis genealogies provided by simple addition a chronology from the beginning of the world up to later stages in the biblical story (c) Noah’s Flood was understood to be worldwide and extinguish all human and animal life except for those in the ark.

If, for example, the word “day” in these chapters does not mean a period of twenty-four hours, the interpretation of Scripture is hopeless.

About the speaker
CEO/President of Answers in Genesis—US, Ken Ham is one of the most in-demand Christian speakers in North America. A native Australian now residing near Cincinnati, Ohio, he is the author of numerous books on Genesis, dinosaurs and the evil fruits of evolutionary thinking, including coauthorship of the popular book on the origin of “races” and racism, One Blood. 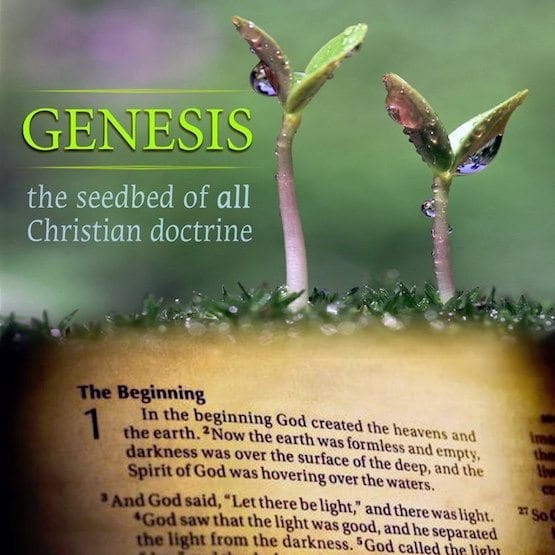