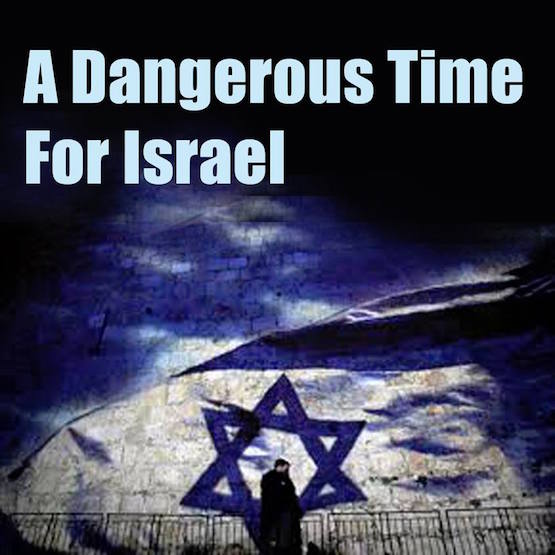 Hi, I’m Joshua Toupos and Christian Apologist for Amos37 Ministries. Here you will find some of the best resources for The Nation of Israel. It is our sincere hope that you will go through the videos and engage the culture in being Salt & Light (Matthew 5:13-16) as Christ Jesus our Lord commands us. Repetition is a good teacher.  Enjoy this article, Shalom, Keith 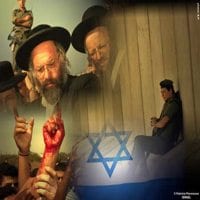 What is all the big deal with the Middle East and Israel? This is the visual manifestation of the battle of the two seeds. The seed of the serpent, (the world) and the seed of the woman (Jesus). The tiny nation of Israel is the backdrop of world history where God will work out His final plan for salvation and judgment upon all unrighteousness.

God chose a man of an idol worshiping culture in ancient Iraq (Chaldeans) in Mesopotamia. God called this man out of a dumb idol worshiping nation and he became the father of all who will be faithful.

Israel 101 What You Need to Know

Abram whom God changed to Abraham by giving His Spirit to Abrams name. Then the focus of prophecy narrows to the seed coming from Isaac, then Jacob, then Judah, and of the family of King David. Satan has used his firepower to try and thwart the plan of God which is unfolding through the nation of Israel. Abraham is the first Hebrew and Jacob’s family becoming the nation of Israel. This is why Satan hates the Jewish people and has surrounded them with hate-filled nations of Islam.

The god of This World

Satan is called the god of this world. Man forfeited ownership (dominion) of the world at the garden fall. God’s plan for the redemption of man unfolds in Genesis which is laced with types and shadows of Christ known as prophecy. Satan or known as Lucifer in Isaiah ch.14 God explains the reason for this epic battle of all eternity. Pride! God hates pride. That battle will climax on what Alexander the Great called the most natural battlefield he had ever seen. Megiddo, the future site of the battle of Armageddon is located in Israel. Satan’s’ man of the hour the Antichrist or the Beast as he is mostly called in Revelation will be crushed.

God is not done with Israel. If you have been taught that Israel has forfeited her rights as Gods people this is totally false. See Romans 9, 10, & 11. For the Israel past, present, and yes future. We have to look at the covenant God made with Abraham and confirmed it with Isaac and Jacob in Genesis. This is the Abrahamic covenant and it is Unconditional, unlike the Mosaic covenant where we find the word “IF” in the contract. Here, God, Himself gives the land and then puts Abram into a deep sleep and passes between the carcasses saying if God doesn’t bring this to pass He will be responsible. See God blessed Abraham because he believed God and it was accounted to him for righteousness. God speaking to Abraham below says,

7 Then He said to him, “I am the Lord, who brought you out of Ur of the Chaldeans, to give you this land to inherit it.” 8 And he said, “Lord God, how shall I know that I will inherit it?” 9 So He said to him, “Bring Me a three-year-old heifer, a three-year-old female goat, a three-year-old ram, a turtledove, and a young pigeon.” 10 Then he brought all these to Him and cut them in two, down the middle, and placed each piece opposite the other; but he did not cut the birds in two. 11 And when the vultures came down on the carcasses, Abram drove them away.

12 Now when the sun was going down, a deep sleep fell upon Abram; and behold, horror and great darkness fell upon him. 13 Then He said to Abram: “Know certainly that your descendants will be strangers in a land that is not theirs, and will serve them, and they will afflict them four hundred years. 14 And also the nation whom they serve I will judge; afterward they shall come out with great possessions. 15 Now as for you, you shall go to your fathers in peace; you shall be buried at a good old age. 16 But in the fourth generation they shall return here, for the iniquity of the Amorites is not yet complete.”

17 And it came to pass, when the sun went down and it was dark, that behold, there appeared a smoking oven and a burning torch that passed between those pieces. 18 On the same day the Lord made a covenant with Abram, saying:

“To your descendants I have given this land, from the river of Egypt to the great river, the River Euphrates. Genesis 15:7-18

God over the space of 66 books and 40 authors has crafted the whole of what we call the Bible. God has chosen Israel to be the nation by which He will redeem mankind back to Himself. Prophecy of a sort is encrypted messages that only Gods people will be able to unlock by His Holy Spirit. He gives us light to see what He is doing. Friends let friends know what they are doing. God spread this message of the good news of the gospel to His friends over some 2500 years. The pivotal moment of this plan reached its crescendo at the cross. However, things are not done. Far from it. There are some 1800 references of the Messiahs rule on Earth in the Old Testament and 318 references to Christ’s 2nd coming. That is a lot of prophecies yet to be fulfilled! For us who study and are being watchful to this end as Jesus taught us.

31 Heaven and earth shall pass away: but my words shall not pass away. 32 But of that day and that hour knoweth no man, no, not the angels which are in heaven, neither the Son, but the Father. 33 Take ye heed, watch and pray: for ye know not when the time is. 34 For the Son of man is as a man taking a far journey, who left his house, and gave authority to his servants, and to every man his work, and commanded the porter to watch. 35 Watch ye therefore: for ye know not when the master of the house cometh, at even, or at midnight, or at the cockcrowing, or in the morning: 36 Lest coming suddenly he find you sleeping. 37 And what I say unto you I say unto all, Watch.

Jesus taught us to be watchful. That is the heartbeat of Bible prophecy. The tool by which God Himself has established He is who He says He is. We are watching current events through the lens of Bible prophecy to see if our Master is coming back for His own.

Now for anyone who is serious about prophecy you must spend some time on Daniels interrupted prayer. You can have no real understanding fo bible prophecy if you are ignorant about the role Israel plays in Gods prophetic scenario. Here the angel Gabriel interrupts Daniel and gives him the outline for Israel and Jerusalem till the consummation of the age when sin is finally dealt with. Let’s look at it. 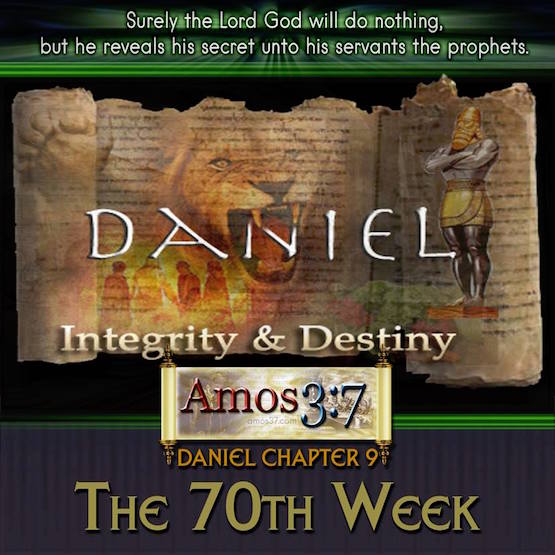 20 Now while I was speaking, praying, and confessing my sin and the sin of my people Israel, and presenting my supplication before the Lord my God for the holy mountain of my God, 21 yes, while I was speaking in prayer, the man Gabriel, whom I had seen in the vision at the beginning, being caused to fly swiftly, reached me about the time of the evening offering. 22 And he informed me, and talked with me, and said, “O Daniel, I have now come forth to give you skill to understand. 23 At the beginning of your supplications the command went out, and I have come to tell you, for you are greatly beloved; therefore consider the matter, and understand the vision:

For your people and for your holy city,

Note: Here those 70 weeks are planned for Daniels people (Israel and that holy city is Jerusalem! God’s outline will be accomplished in 70 prophetic weeks.

To finish the transgression,

To make an end of sins,

To make reconciliation for iniquity,

To bring in everlasting righteousness,

To seal up vision and prophecy,

And to anoint the Most Holy.

That from the going forth of the command

To restore and build Jerusalem

Until Messiah the Prince,

There shall be seven weeks and sixty-two weeks;

The street shall be built again, and the wall,

Even in troublesome times.

Note Seven weeks and sixty-two weeks that Jesus would ride into town on a donkey fulfilling many scriptures on Palm Sunday exactly as given to Daniel. That is a total of 69 weeks to date with Israel. Space here doesn’t allow a full explanation of these crucial 70 weeks study. See Daniels 70 weeks for an in-depth study.

26 “And after the sixty-two weeks

Messiah shall be cut off, but not for Himself;

And the people of the prince who is to come

Shall destroy the city and the sanctuary.

Note: Romans under Titus sack Jerusalem and kill up to 1 million Jews in 70AD.

The end of it shall be with a flood,

And till the end of the war desolations are determined.

Note: When Jesus was rejected by the leadership of the Jews as Messiah, He left the temple and announced it was desolate until they acknowledge Him.

27 Then he shall confirm a covenant with many for one week;

But in the middle of the week

He shall bring an end to sacrifice and offering.

And on the wing of abominations shall be one who makes desolate,

Even until the consummation, which is determined,

Note: From the time Christ was crucified to the fall of Jerusalem was 37 years and till the Antichrist or Beast makes a covenant with many for one week. That is the last, 70th week that is yet to bring reconciliation for Israel. It has nothing to do with the church age. The Beast will make a 7 year (prophetic week) with Israel and God will make a quick work and they will finally acknowledge that Jesus is their Messiah. We have much to say on this, but not here.

Is poured out on the desolate.”

There are some very troubling times called the Great Tribulation coming for the whole world and Satan will especially persecute and try to destroy Israel in the middle of that last week or 3 ½ years into covenant with death. An astonishing new holocaust is still on the pages of the Prophet Zachariah and a hate-filled Islamic fervor surrounds Gods people to pour out the desolate. See articles on The Mahdi (Islamic Savior) for some insight into Islam’s version of a promised one. So it is so important to know the truth. So what is the truth? 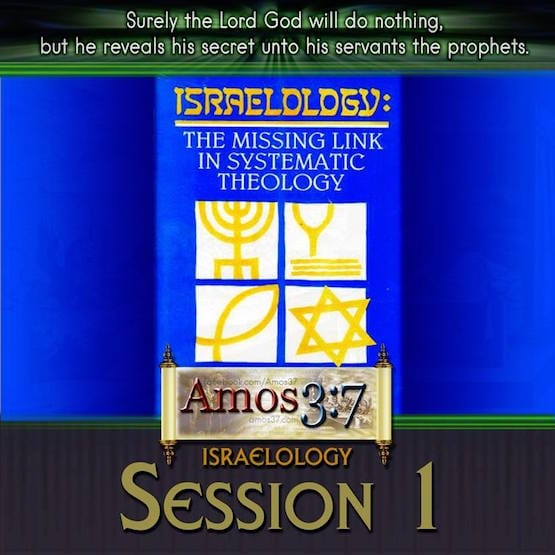 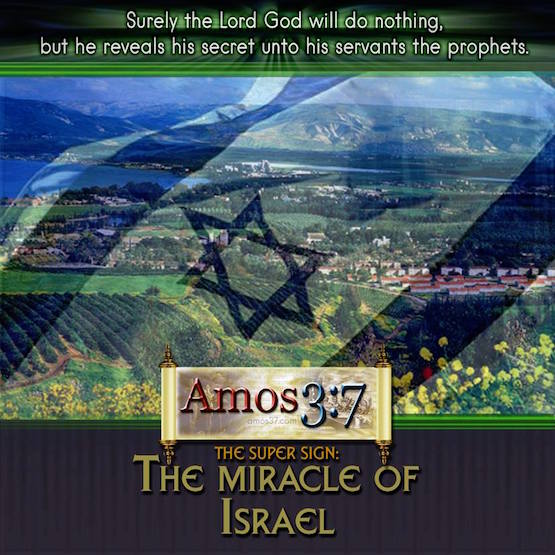 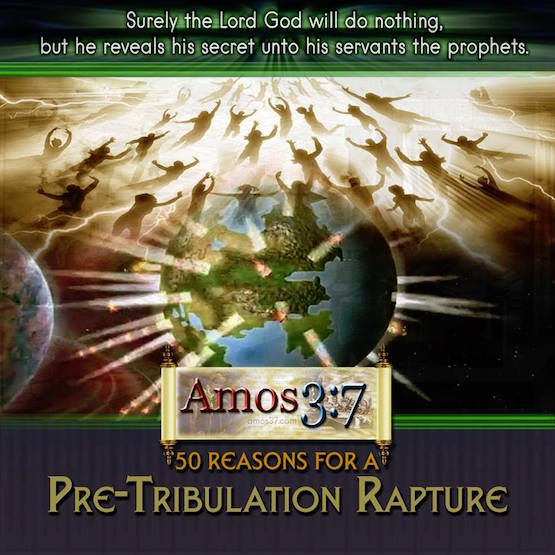 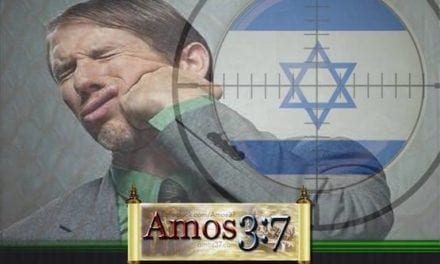 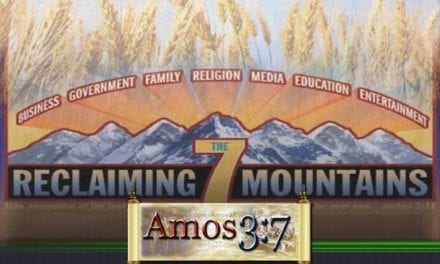 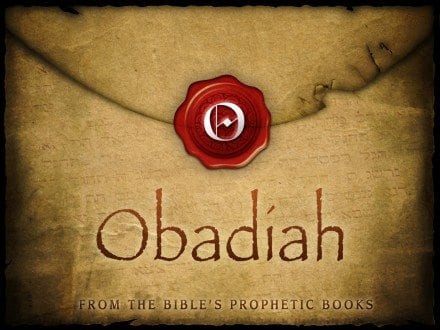