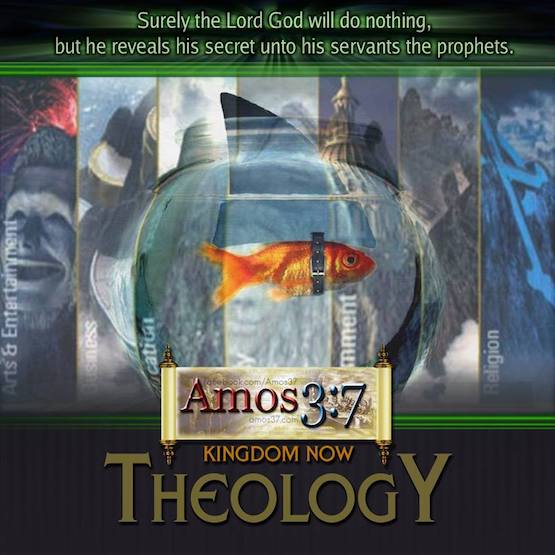 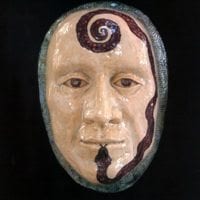 We will find as we continue our study that at the heart of Dominion Theology is the belief that man is a god and, as such, must exercise his godhood through dominion. The current teaching that man is a god is essentially a theosophic concept which can be traced to the beginning of man’s history.  This is the big red flag.  Most of Catholics and many others are not aware of the official teachings of the Church.  If the Church can be corrupted or neutralized Satan will have a clear path toward uniting the world against God.

What is Kingdom Now Theology?

In Part One we examined the roots of today’s Kingdom Theology and defined the movement in terms of its theological and eschatological doctrines as well as some of its historic proponents. We delineated the basic premise of the movement which, simply stated, is that before Jesus can return, the Church must establish the Kingdom of God on earth by taking control over every aspect of life through the establishment of a theocratic government.

Are teachings in your Church aligned with the New Age Occult Agenda?  We have seen this coming for a long time.  Eastern Occult methods with Christian names to pass it off to the sheep by wolves.

Before we proceed further, I feel it necessary to point out that there is a legitimate “Kingdom Theology” based upon a proper exegesis of Scriptural prophecy. Jesus will return at the end of this age to establish God’s authority over the nations of the earth. Until then, the Kingdom of God continues to operate through the administration of the Holy Spirit resident in the hearts of God’s people. The Kingdom of God already exists, therefore, and will one day be manifested throughout the earth during Jesus’ millennial reign.

To differentiate between God’s legitimate “Kingdom Theology” and man’s attempt to bring it into existence through his own efforts before Jesus’ Second Coming, we’ll call man’s attempt “Kingdom Now Theology,” or “Dominion Theology” (using these terms interchangeably). This will help us separate the error from the truth.

To accomplish the monumental task of taking dominion, a significant number in the Church must come into “unity” of thought and purpose to that end. While the goal of the Kingdom builders is total unity, they realize that partial unity may be all they can attain. Whatever the case, the realization of any significant degree of unity necessitates a single voice of authority: a hierarchical structure through which individual believers will receive the necessary pronouncements to exercise dominion.  See example below with Bill Johnson’s bizarre theology!  See expose on Bill Johnson Here.

The voice of authority, it is believed, will reside in certain latter-day apostles and prophets operating in conformity to their own peculiar interpretation of Ephesians 4:11-12, “And he gave some, apostles; and some, prophets; and some, evangelists; and some, pastors and teachers; For the perfecting of the saints, for the work of the ministry, for the edifying of the body of Christ.”

In order for the saints to be perfected (made sinless) there must be a restoration of the offices of apostles and prophets. It is a major prerequisite, therefore, that the apostles and prophets be recognized by the Church at large. (It’s interesting that we are currently seeing certain well-known Christian leaders referring to one another as “apostles” and “prophets”.)   [See, for example: Paul Cain, Bob Jones, and Rick Joyner]

Once they are acknowledged, these apostles and prophets will bring forth new revelations from God, which will be the guiding principles in establishing the Kingdom. These revelations will be given to the Church through the evangelists, pastors, and teachers who accept the hierarchy’s authority.

One manner in which the apostles and prophets will receive these new revelations will be through communication with heavenly beings (angels and departed saints), as well as with God – and specifically Jesus. It’s expected that many of these “new revelations” will be authenticated through demonstrations of power in the working of miracles, signs, and wonders.

Some also believe that for dominion to be affected the world’s wealth must be under the control of the Church. Hence the emphasis on prosperity and “divine health” as well as the ability to speak into existence things that are not as though they are (God-likeness).   [See: Word-Faith Movement]  See Video Series Here

After the Church has taken dominion, its task will be to purge the earth of evil, which is defined as lawlessness against God’s moral laws and against the established authority of the apostles and prophets. This accomplished, the earth will be ready to be turned over to Jesus when He returns (some say ‘if’ He returns).

We will find as we continue our study that at the heart of Dominion Theology is the belief that man is a god and, as such, must exercise his godhood through dominion. The current teaching that man is a god is essentially a theosophic concept which can be traced to the beginning of man’s history.

The conflict of the ages upon which the spiritual battle for men’s souls resides is founded upon this single truth: that God is supreme and His creation must be subject to Him. In his rebellion, Satan (“Lucifer”) originated the scheme to establish oneself as an equal to God (Isaiah 14:12-15). This was the nature of his temptation of Eve: “…ye shall be gods, knowing good and evil” (Genesis 3:5). Satan’s lie is not just that man ‘is’ God, as espoused in Eastern mysticism, but that he could become ‘like’ God through an acquisition of certain knowledge. In essence, man is, or could become, a god himself.

This appeal to man’s pride comprises the essence of the esoteric religions which seek, by initiation, to bring certain chosen individuals to perfection through obedience to an unseen spiritual hierarchy. This hierarchy – known as “Ascended Masters,” among other titles – is allegedly comprised of highly evolved men existing in the spirit realm who are leading mankind through stages of evolution to higher planes of consciousness which will eventually result in the attainment of godhood.

Throughout history, the ancient mystery religions have taken many forms, from paganism and witchcraft to humanism and some elements of psychology. Today they may be classified under the general name of “theosophy” – the blending of science and religion to create a universal brotherhood of man under a one-world utopian state. The term “theosophy” (lit. “Divine Wisdom” or “Wisdom of the Gods”)(55) has several synonyms, some of the more common being “the Esoteric Philosophy,” “the Wisdom-Religion,” “the Secret Doctrine,” “the Ancient Wisdom,” and “the Esoteric Tradition.”(56)

The esoteric (“hidden,” “secret”) religions have many expressions throughout the world and include such notable movements as Freemasonry, Rosicrucianism, and Jewish Kabbalism, among others. The basic beliefs of esotericism, as well as the Eastern religions, form the basis for what has come to be known as the “New Age Movement” – today’s vulgar expression for the masses of the “higher” mysteries.

The Delusion of Kingdom Now Theology 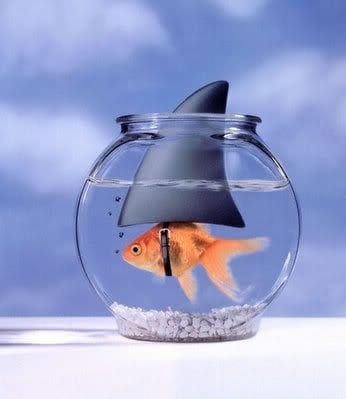 The essence of esoteric religion is that man can attain godhood through knowledge and positive living. From time immemorial man has fallen for this delusion, and has sought spiritual power through mastery of so-called “immutable laws” of Nature operative in the spiritual realm. The learning and mastering of these laws allegedly work for man’s purposes and “validate” his position as a god. Though modern Theosophy, in all its forms, makes certain teachings of the ancient mysteries available to the masses, these are only the exoteric teachings. The deeper esoteric mysteries are reserved for those initiated through secret rites, sworn to secrecy under penalty of death.

Those teachings permitted for the masses have found their way into the Church. They have developed into a form of “Christian” theosophy which has affected many otherwise uncompromising Christians who, if they would keep their heads about them, would suffer death to maintain the inviolable position that deity is an attribute of God alone.

There is a reason for Satan’s emissaries infecting the Church with the damnable heresy that we are or can become gods. To the esotericist, bent upon establishing ‘men’ as gods, all monotheistic religions are anathema and their adherents must be converted or at least subjugated to the spiritual hierarchy (the spirit beings guiding mankind). Since the Church alone has the power of God to resist the deceptions of Satan, it ‘must’ be made to believe his lies. If the Church can be corrupted or neutralized Satan will have a clear path toward uniting the world against God. Thus any opposition to deception in the Church must be stifled under the pretense that such opposition sows discord among the brethren and hinders unity.

Satan’s lies have found fertile ground in the Church not only because many Christians lack knowledge, but because they lack the necessary humility that can protect them against deception. Seeking their own wills above God’s will, they are easy prey for deceivers who exalt men and/or the Church to the status of godhood and promote Satan’s lies within the Church, lies characterized by the following teachings:

No doubt many who teach these things would deny they are Theosophists. In all probability, they think of themselves as true Christians who have received special revelations from God. But whether they adhere to theosophical doctrines consciously or are merely pawns in the battle of the ages is immaterial. A child playing with matches needn’t have knowledge of the damage he can cause.

It’s evident from the recent emergence of these aberrant teachings within the Church that – through schooling and/or personal association – theosophy is having a significant impact upon some of today’s prominent teachers. I believe some of these teachers, though sincere in their profession of faith in Jesus, are themselves victims of esotericists who knew how to use biblical and Christian terminology to gain their confidence, or they learned from others who were victims.

Esotericists have made special efforts to merge their secret teachings with the basic tenets of the Christian faith, resulting in some rather interesting esoteric interpretations of Scripture. 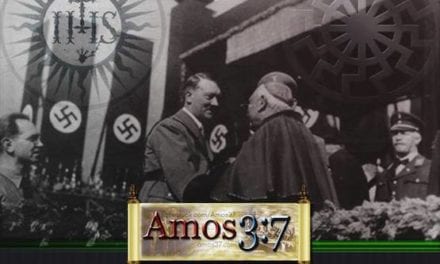 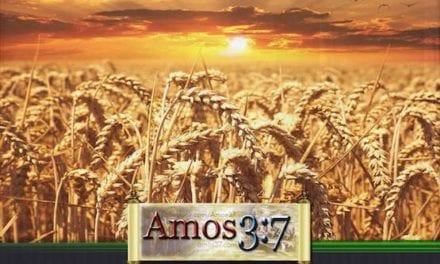 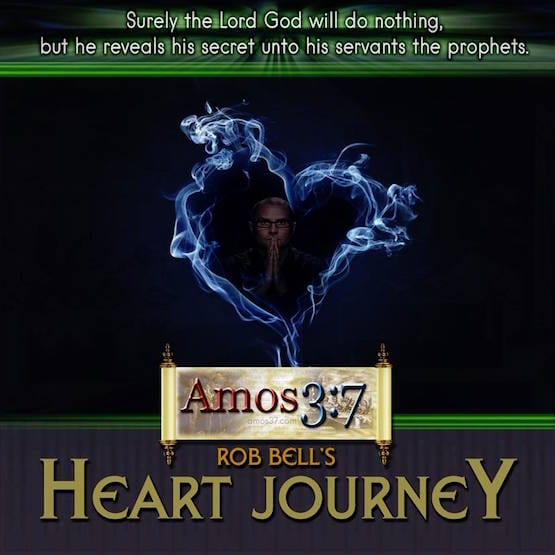 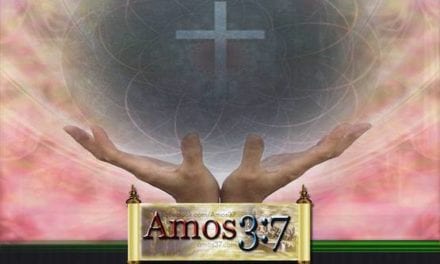 Warren Smith The Emerging New Age in The Church