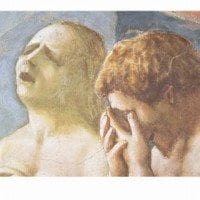 “Thought I would share this video clip from Peter Enns (given to students at Westmont). In 1 Corinthians 15 and Romans 5 for instance, Paul talks about Adam,” wrote Ham on his Facebook page on Saturday. “Peter Enns sees this as a problem – and that Adam shouldn’t be in the New Testament! But this is GOD’s WORD!!”   A word from Amos37.  I personally know some very nice people in a home schooling group that has just formed purchased some BioLogos curriculum.  So with this, I am personally troubled by the compromise that has crept into homeschooling now.

“All Scripture is given by inspiration of God, and is profitable for doctrine, for reproof, for correction, for instruction in righteousness,”  (2 Timothy 3:16).

Battle Over Adam: Has God Said

The Battle over Adam | Around the World with Ken Ham

This week from Thursday to Saturday, I will be speaking at a homeschool convention in Greenville, SC. Sadly, one of the speakers also listed to give presentations does not believe in a historical Adam or historical Fall (he will also be promoting his “Bible” curriculum for homeschoolers). In fact, what he teaches about Genesis is not just compromising Genesis with evolution, it is an outright liberal theology that totally undermines the authority of the Word of God. It is an attack on the Word—on Christ. Dr. Enns now works with the very liberal BioLogos Foundation (which I have discussed a number of times before in this blog). Dr. Enns is also listed to speak at the Cincinnati and Pennsylvania homeschool conventions where I will be speaking.

From the BioLogos website, we read this from Peter Enns:

In my last post I suggested that the Adam story could be viewed symbolically as a story of Israel’s beginnings, not as the story of humanity from ground zero.

But some might ask, “Why go through all this trouble? Why not just take it literally? The Bible says Adam was the first man. That’s the end of it.”

It’s not that simple, and if it were, people wouldn’t be talking it about it so much. First of all, reading the Adam story symbolically rather than as a literal description of history is not a whim, and it is certainly not driven by a desire to undermine the Bible. Rather, as we have seen, the Bible itself invites a symbolic reading by using cosmic battle imagery and by drawing parallels between Adam and Israel (to name two factors).

There is also considerable external evidence that works against the “just read it literally” mentality. The biblical depiction of human origins, if taken literally, presents Adam as the very first human being ever created. He was not the product of an evolutionary process, but  a special creation of God a few thousand years before Jesus—roughly speaking, about 6000 years ago. Every single human being that has ever lived can trace his/her genetic history to that one person.

This is a problem because it is at odds with everything else we know about the past from the natural sciences and cultural remains. (http://biologos.org/blog/pauls-adam-part-i/)

He accepts what the secular world teaches concerning evolution and millions of years, and it is so obvious this determines how he approaches the Bible. He does not have the same view of inspiration as I do. In fact, he doesn’t have the biblical view of inspiration: “All Scripture is given by inspiration of God, and is profitable for doctrine, for reproof, for correction, for instruction in righteousness,”  (2 Timothy 3:16).

To understand Peter Enns’s approach to Genesis and Romans (which will shock you), you need to watch his lecture given recently at Westmont College. To make it easier for you, here are some of the sections to watch in the video:

We think the world’s in a mess—sadly the church along with the state of Christian colleges and academics are a reason for the mess. See this page for more details on the homeschool conventions.

Thanks for stopping by and thanks for praying,

Ken Ham, the founder of the Creation Museum, was disinvited earlier this week from speaking at two homeschooling conferences because organizers felt he made “unnecessary, ungodly, and mean-spirited” remarks about the conventions and other speakers.  On Saturday, Ham was still posting messages on his Facebook page about Peter Enns – the speaker who, according to Ham, he is accused of making mean-spirited remarks about. Ham accuses Enns, a senior fellow of biblical studies at the BioLogos Foundation based in San Diego, of not believing in a literal Adam and Fall. He also takes issue with Enns’s belief that sin should not be discussed with young children because it would cause problems with their view of God.

“Thought I would share this video clip from Peter Enns (given to students at Westmont). In 1 Corinthians 15 and Romans 5 for instance, Paul talks about Adam,” wrote Ham on his Facebook page on Saturday. “Peter Enns sees this as a problem – and that Adam shouldn’t be in the New Testament! But this is GOD’s WORD!!”

According to the BioLogos Foundation’s website, the mission of the organization is to promote harmony between science and the Christian faith. The group believes that evolution, when understood properly, “best describes God’s work of creation.” BioLogos does not believe in young earth creationism, which Ham’s apologetics ministry Answers in Genesis (AiG) does. Young earth creationism interprets the Genesis story of creation to mean that God created the Earth in six, 24-hour days.

Evangelicals Question The Existence Of Adam And Eve

Article Source:  From NPR a super liberal source must be salivating that some so called Christians want the title Christian just NOT the doctrine.  They want to swoon with the liberal egg heads.

Venema is a senior fellow at BioLogos Foundation, a Christian group that tries to reconcile faith and science. The group was founded by Francis Collins, an evangelical and the current head of the National Institutes of Health, who, because of his position, declined an interview.

And Venema is part of a growing cadre of Christian scholars who say they want their faith to come into the 21st century. Another one is John Schneider, who taught theology at Calvin College in Michigan until recently. He says it’s time to face facts: There was no historical Adam and Eve, no serpent, no apple, no fall that toppled man from a state of innocence.

“Evolution makes it pretty clear that in nature, and in the moral experience of human beings, there never was any such paradise to be lost,” Schneider says. “So Christians, I think, have a challenge, have a job on their hands to reformulate some of their tradition about human beginnings.”

Another Blog entry by Ken Ham 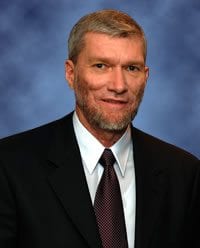 As those of you who regularly read this blog know, I recently wrote some blog items about John Walton from Wheaton College and Peter Enns from BioLogos.

John Walton does not regard Genesis 1 as an account of material origins, but one of the creation of the so-called “Cosmic Temple.”

Peter Enns regards Adam as a metaphor for Israel (and that the apostle Paul got it wrong in the New Testament thinking Adam was a real first man).

Well, the “battle over Adam,” which really is a battle over the authority, inspiration, infallibility, and inerrancy of Scripture, is going to be heating up. We received an email notification from the office of Christianity Today, a magazine that is certainly not known for standing with conservative biblical Christianity (as it once did). The email stated:

I wanted to give you a heads-up about the cover story in our June issue of Christianity Today. We are going to be doing a Cover Story on the theological controversy regarding the historical Adam (whether Christians need to believe he was a historical figure or not, especially in light of new findings in genetic science).

The reason for the email notification was to solicit advertising of products that may relate to this subject. It is going to be very interesting to see who the authors of the articles are in this issue and what products are advertised.

Friends, we are in a battle in the church today—and it is a battle over the authority of the Word of God. Regardless of how some would try to frame it, the recent occasion of AiG and me being canceled from a particular type of homeschool convention is really a part of this battle that is going to be raging like never before.

I believe the release of our new book, Already Compromised (you can pre-order online) is very timely and much needed. There is very strong teaching in this book that calls the church and Christian schools back to a literal Genesis—and to a literal Adam.

Thanks for stopping by and thanks for praying, 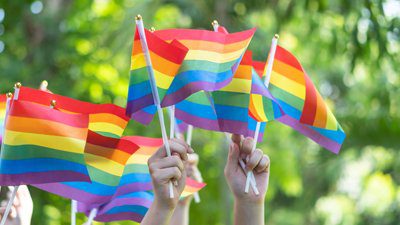 Pride—Before and After the Fall 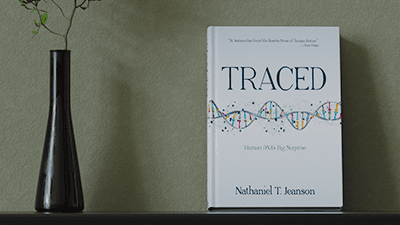 New History of Humanity and Origins Revealed in New Book 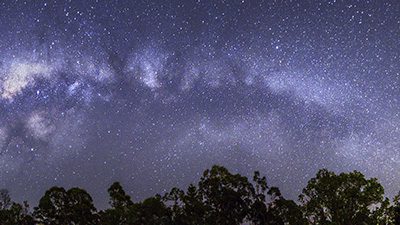 Is Our Universe in Its “Final Era”?