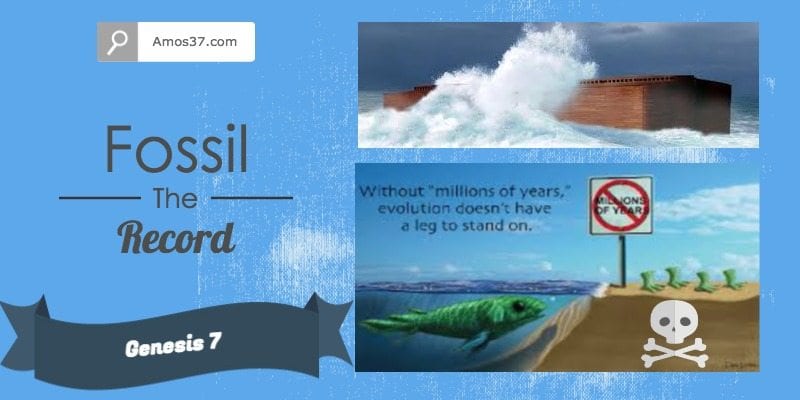 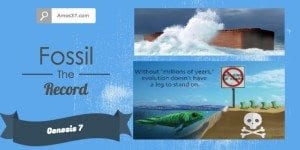 Why?… Look at this video of Geologist Dr. Patton who will quote the evolutionists voluminously.

Science requires all of its theories to adhere to principles of Observability, Repeatability, and Falsifiability. Observations of bacteria mutations seem to support abrupt change rather than slow change over a long period. Bacteria today as compared to cells in fossils look very much alike. These cells are far from primitive cells. In fact, each bacteria cell contains enough genetic information to fill 1,000 Encyclopedia Britannica. Since bacteria (a cell that rapidly mutates) today has not changed over time, Darwin’s theory is NOW broken.
Geologist Dr.Patton Ph.D. quotes evolution scientists who discuss the critical nature of the age of the earth to the evolution theory. Experts in the fields of radiometric, radiocarbon and the geologic record dating discuss the assumptions and validity of such dating processes.

[bctt tweet=”Why is the Fossil Record such an embarrassment to the evolutionist? Come n see”]

The age of the earth is pivotal to how we view the Bible. If evolution is correct, then the divine inspiration of scripture is doubtful. Many “Christians” seem to hold the view that the account in Genesis is just a nice myth. Some feel that a “day” does not mean a 24 hour period. Dr. Patton illustrates that those who hold such views cannot believe what the Bible teaches. There is no compromise between creation and evolution.

The fossil record, in fact, seems to support creation as opposed to evolution. No new phyla have appeared since the Cambrian explosion according to Stephen Gould. A significant change from species to species is not evident from the fossil record. The alternative explanation of punctuated equilibrium utilizes mechanisms that are not observed. In fact, such a theory may, in fact, support the creation model more than evolution
This first installment lays the foundation for all other discussions relating to Creation Science and Evolution. Experts agree that there are only two possibilities as to the origins of man: Evolution and Creation.

While evolution is being taught in our schools, there is no mandate that forbids teachers from presenting material on creation science. Science requires all of its theories to adhere to principles of Observability, Repeatability, and Falsifiability. Observations of bacteria mutations seem to support abrupt change rather than slow change over a long period of time. Bacteria today as compared to cells in fossils look very much alike. These cells are far from primitive cells. In fact each bacteria cell contains enough genetic information to fill 1,000 Encyclopedia Britannicas. Since bacteria (a cell that rapidly mutates) today has not changed over time, Darwin’s theory is broken.

The Law of Thermodynamics Evolution is False

Here Dr. Patton discusses the laws of thermodynamics and demonstrates that evolution seems to contradict these laws. The 2nd Law tells us that everything tends to get more disorganized whereas evolution seems to depict a system that goes from an unorganized state to a more complex, highly organized state. We observe in nature that all processes are deteriorating. There must be a beginning state, a state from which all things begin to get disorganized. Evolution does not answer that observation; only creation provides any insight.

Fossil Man (Rampithecus) is an Ape, Not Man.

Fossil “Man” including Rampithecus, Australopithecus have been shown as apes, not men. Neanderthal and Cro-Magnon are men. Man is “older” than some of his ancestors, according to the 1470 skull and other fossil finds. -Fossil Man Dr. Don Patton

Dating the Earth using the geological column uses circular logic according to many experts. Human footprints have been found inside of dinosaur prints in Paluxy, Texas. The fossil record indicates a sudden, universal catastrophe, many contemporary geologists believe. Finally, Dr. Patton discusses alternative explanations to the evolution theory.

“But grow in grace, and [in] the knowledge of our Lord and Saviour Jesus Christ. To Him [be] glory both now and for ever. Amen.” 2 Peter 3:18

Our Own Free Discipleship Course In Video HD. 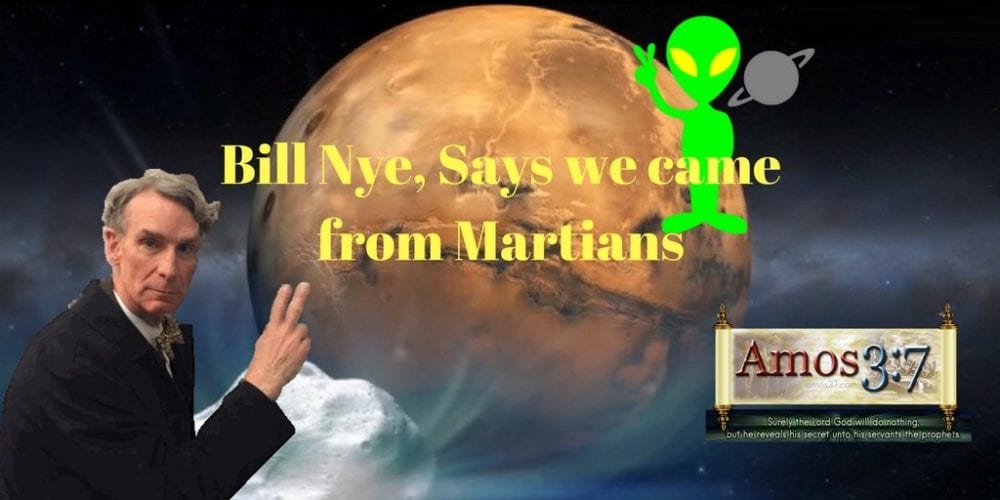 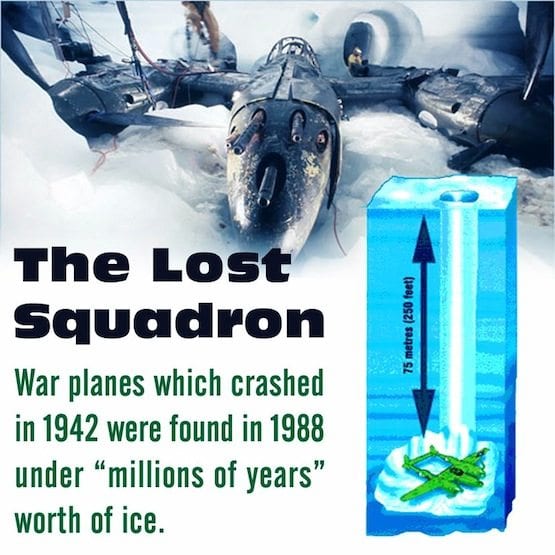 Ice Cores and the Age of the Earth WW II Planes 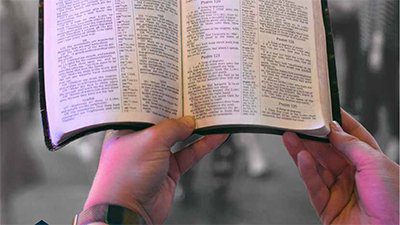