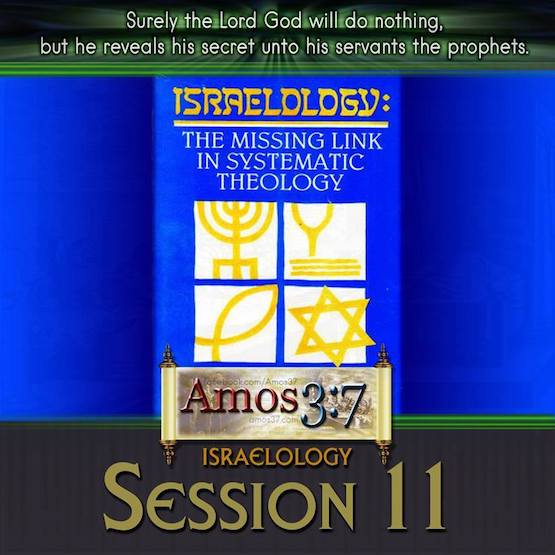 Dispensational Israelology – Israel Present – Romans 9:1 – 29. Israel and the Church.  Session 11:  What is Israelology?  It is the doctrine of Israel and this topic  covers 5/6th’s of the bible.  One’s view of Israel is key in determining one’s theology. This groundbreaking study investigates four approaches to the theology of Israel past, present and future; and scrutinizes beliefs that tend to confuse the identities of both Israel and the Church. Amazingly, this ground breaking work is the first to create an entire systematic theology of all that the Scriptures say in regard to the people of Israel. As such, Israelology fills a tremendously neglected void, while affecting nearly every other segment of systematic theology and directly addressing a crucial point of division in evangelical theology today.  18 Sessions in all.

Session 11 of 18 given by Dr. Fruchtenbaum given at These courses are designed for graduate seminary students pursuing degrees and/or auditing classes related to a Master’s degree in theological studies (M.A. or Th.M.).   Click link below to open in window and pdf outline below.  Amos37 recommends the book and for those who like video a very reasonably priced DVD series is available. 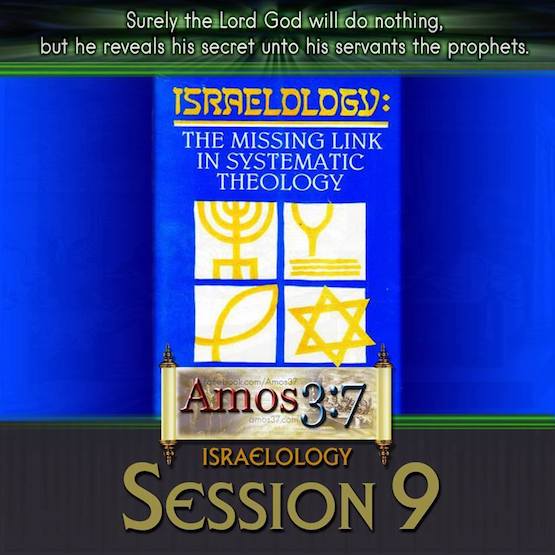 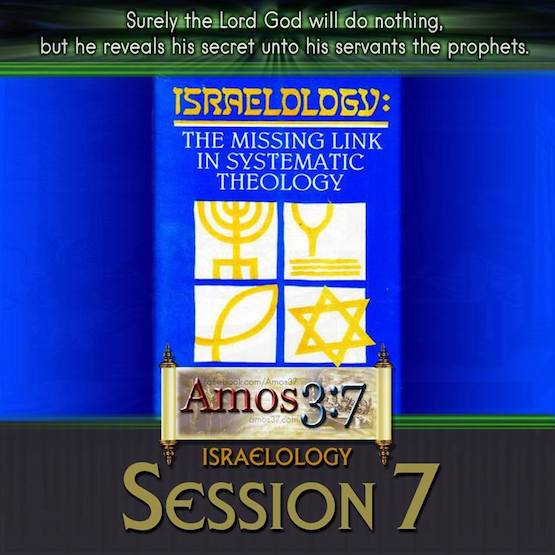