200 Million Christians in 60 Countries Subject to Persecution today.  We here at Amos37 see a glaring need for the Church to pray and meet the needs for Persecuted Christians worldwide.  More Christians have been Martyred in the last 100 years than all of Church histrory.  The estimate is that 45,000,000 Christians have been martyred in the twentieth century. According to the same estimate, the total number of Christians martyred since the time of Christ is around 70,000,000. The Voice of the Martyrs is a non-profit, inter-denominational Christian organization dedicated to assisting the persecuted church worldwide.

VOM was founded in 1967 by Pastor Richard Wurmbrand, who was imprisoned 14 years in Communist Romania for his faith in Christ. His wife, Sabina, was imprisoned for three years. In the 1960s, Richard, Sabina, and their son, Mihai, were ransomed out of Romania and came to the United States.  Through their travels, the Wurmbrands spread the message of the atrocities that Christians face in restricted nations, while establishing a network of offices dedicated to assisting the persecuted church. The Voice of the Martyrs continues in this mission around the world today through the following main purposes:

Our ministry is based on Hebrews 13:3

Remember them that are in bonds, as bound with them; and them which suffer adversity, as being yourselves also in the body.

We help Christians who are or have been, persecuted for their involvement in spreading the gospel of Jesus Christ. We provide medical assistance, food, clothing, and other forms of aid.

We support Christians who are willing to invite their fellow men, even their persecutors, to Jesus Christ through faithful deeds of love in a hostile environment. We supply Bibles, literature, radios, and other evangelistic tools.

Many people called him the “Voice of the Underground Church” and others referred to him as the “Iron Curtain St. Paul.” This humble man who began the ministry of The Voice of the Martyrs was the Rev. Richard Wurmbrand. Richard’s life was a partnership with the equally amazing Sabina, whom he married on October 26, 1936.

Richard Wurmbrand was born the youngest of four boys in a Jewish family on March 24, 1909, in Bucharest, Romania. Gifted intellectually and fluent in nine languages, Richard was active in leftist politics and worked as a stockbroker.

After their marriage, Richard and Sabina were converted to Christ in 1938, chiefly because of the influence of a German carpenter, Christian Wölfkes. They joined the Anglican Mission to the Jews in Bucharest. Richard was ordained, first as an Anglican, and then after World War II as a Lutheran minister.

During World War II, Richard and Sabina saw an opportunity for evangelism among the occupying German forces. They preached in the bomb shelters and rescued Jewish children out of the ghettos. Richard and Sabina were repeatedly arrested and beaten and, at least once, nearly executed. Sabina lost her Jewish family in Nazi concentration camps.

In 1945 Romanian Communists seized power and a million “invited” Russian troops poured into the country. Pastor Wurmbrand ministered to his oppressed countrymen and engaged in bold evangelism to the Russian soldiers.

That same year, Richard and Sabina Wurmbrand attended the Congress of Cults organized by the Romanian Communist government. Many religious leaders came forward to praise Communism and to swear loyalty to the new regime. Sabina said, “Richard, stand up and wash away this shame from the face of Christ.” Richard warned, “If I do so, you’ll lose your husband.”

“I don’t wish to have a coward as a husband,” she replied. Thus Richard declared to the 4,000 delegates, whose speeches were broadcast to the whole nation, that their duty is to glorify God and Christ alone.

Between 1945 and 1947, Richard distributed 1 million Gospels to Russian troops, often disguising the books as Communist propaganda. Richard also smuggled Gospels into Russia. On December 30, 1947, the People’s Republic of Romania was proclaimed.

On February 29, 1948, the secret police arrested Richard while on his way to church and took him to their headquarters. He was locked in a solitary cell and labeled ‘Prisoner Number 1.’

In 1950, his wife Sabina was also imprisoned. She was forced to serve as a laborer on the Danube Canal project, leaving their nine-year-old son, Mihai, alone and homeless. Following her release in 1953, the Romanian authorities informed her that Richard had died in prison.

A Christian doctor masquerading as a Communist Party member discovered Richard alive in prison. In a general amnesty, Richard was released in 1956 after serving eight-and-a-half years in prison. He was warned never to preach again. While in prison, he went through horrific tortures at the hands of the brutal secret police. Despite the treatments and the warnings he received from his persecutors, Richard resumed his work with the “underground” churches after his release.

He was re-arrested in 1959 through the conspiracy of an associate, and sentenced to 25 years. He was accused of preaching ideas contrary to Communist doctrine. Due to increased political pressure from Western countries, Richard was granted another amnesty and released in 1964.

In December 1965, the Norwegian Mission to the Jews and the Hebrew Christian Alliance paid $10,000 in ransom to the Communist government to allow the Wurmbrand family to leave Romania. Reluctant to leave his homeland, Richard was convinced by other underground church leaders to leave and become a “voice” to the world for the underground church. Richard, Sabina, and their son Mihai left Romania for Norway and then traveled on to England.

The birth of a unique ministry

Richard began his ministry of being a voice for persecuted Christians in England with Rev. Stuart Harris, where he also wrote his testimony of persecution, Tortured for Christ. Later, Richard moved on to the United States, and in 1966 he appeared before a U.S. Senate Internal Security Subcommittee, where he stripped to the waist and revealed 18 deep torture wounds on his body. His story spread rapidly, leading to more and more speaking engagements.

In 1967, the Wurmbrands officially began a ministry committed to serving the persecuted church, called Jesus to the Communist World (later renamed The Voice of the Martyrs). In the same year, Richard released his book, Tortured for Christ.

In October, 1967, the first monthly issue of The Voice of the Martyrs newsletter was published in the U.S. By the mid-1980s his work was established in 80 restricted nations with offices in 30 countries around the world.

In 1990, after the fall of Nicolae Ceausescu in December 1989, Richard and Sabina returned to Romania after 25 years in exile and were warmly received. A printing facility and bookstore were opened in Bucharest, and the officials of the city offered to store Christian books in a room below the palace of Ceausescu, the very site where Richard had been held in solitary confinement.

Richard retired from the day-to-day work of The Voice of the Martyrs in 1992, but he continued as a consultant and member of the board of directors, maintaining a keen interest in the work until his death in 2001.

During his ministry, Richard wrote 18 books in English and others in Romanian, some of which have been translated into 38 different languages. His most well-known book is Tortured for Christ. He received numerous honors and citations during his lifetime for his work and ministry.

Richard is remembered with great affection as an outstanding man of God, passionate for the cause of Christ, powerful in evangelism, and persevering in suffering for the sake of the Jesus he loved. Sabina, who passed away August 11, 2000, is remembered as a woman of great integrity, a student of the Scriptures, a mighty faith warrior and a true help mate to her husband.

FaceBook:The Voice of the Martyrs – USA

You can find VOM banner on every page. 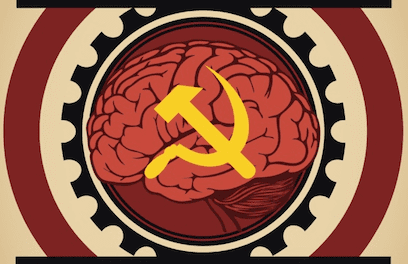